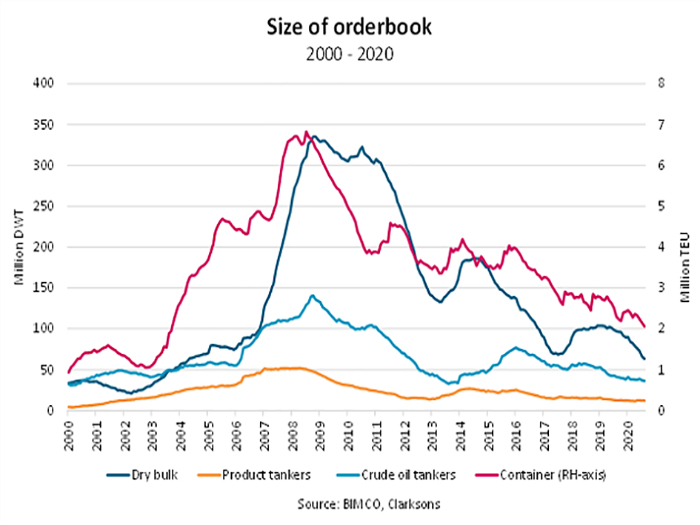 The world shipbuilding order book for dry bulk, container and tanker ships has reached its lowest point in 17 years. BIMCO says that COVID-19 has massively slowed contracting (down 50%), though deliveries of new vessels have proved more resilient (down 2%).

The fall has left the order book to fleet ratio at its lowest level in many years at just 7.7%.

“This is however not a reason for a flurry of new contracting activity,” cautions BIMCO. “The larger fleet means that even this lower ratio represents a significant amount of tonnage especially given the poor outlook.

The falls have in particular been driven by the scarcity of new orders as the drop in trade volumes and long road to recovery looms. In the first seven months of the year, contracting for dry bulk vessels is down 65.6% from the start of the year and orders for new containerships are down 37.7%.

Total deliveries were down just 1.7% in the first seven months of the year at 46.4 million DWT. Deliveries of dry bulk ships are actually considerably higher than last year: 31.8million DWT in the first seven months of this year compared to 22.6m DWT in the same period last year. In contrast, deliveries of containerships are down 39.5% from the same period last year, but as deliveries have still outpaced new orders, the orderbook has contracted. This year’s deliveries include nine ships above 23,000 TEU.

“Contracting activity has been quick to feel the effects of the pandemic with owners and investors showing little appetite for new ships,” says Peter Sand, BIMCO’s Chief Shipping Analyst.

Tanker shipping, too, recorded a fall in orders, though not as sharp as the falls in dry bulk and container shipping books. This, says BIMCO, is primarily because the tanker orderbook has been at a much lower level than that of dry bulk and containers in the past two decades. The order book for crude oil tankers stands at 36.3 million DWT and that for oil product tankers stands at 12.1 million DWT, down 4.2% and 12% from 12 months ago respectively.

Product tankers are, in fact, the only segment to have seen higher contracting this year than last, up 2.9% in the first seven months of the year at 3.2 million DWT. In contrast, orders for new crude oil tankers have fallen 41.3% in the same period, a drop from 10.1 million DWT last year to 5.9 million DWT this year.

Deliveries have fallen by 39.1% for crude oil tankers and 46.1% for oil product tankers while total tanker deliveries so far this year have amounted to 10.1 million DWT compared to 17.2 million in the same months last year.

“The decline in appetite for new ships comes at a time when many owners are keen to get rid of their existing ships,” says BIMCO. As major demolition nations around the world have eased their lockdowns and once again opened their yards, June and July saw a strong uptick in demolitions. Total demolition activity in July totaled 1.8 million DWT, up by 1.2 million DWT from July 2019, an almost 400% increase from demolitions in April 2020.

In particular dry bulk and container demolitions have increased, up 80.9% and 26.3% respectively, while 8.8 million DWT of dry bulk capacity and 152,770 TEU of containerships have been sent for demolition since the start of the year.

“The sharp uptick in demolitions following the reopening of yards is entirely expected due to the demand shock from the COVID-19 crisis and expectations of a long road to recovery ahead of us,” says Sand. “This is reflected in both the higher demolition numbers, with owners pushed to act on older and substandard ships that they had kept sailing until now, as well as the drop in contracting as the outlook for the next few years has become much gloomier than it was at the start of the year.” says Peter Sand.

Because, in volume terms, deliveries are much higher than demolitions, fleets continue to grow. The dry bulk fleet has exceeded 900m DWT for the first time (901.67 as of 3 August), with the fleet growing by 2.6% since the start of the year. The crude oil and oil product tanker fleets have experienced the next highest fleet growth of the four, at 2% and 1.7% respectively, with the container shipping fleet bringing up the rear by growing 1.2% since the start of the year.

“The continued increase in the supply of ships, despite higher demolitions and lower contracting, cannot be ignored as the volume of world trade is set for a considerable drop this year, and not forecasted to return to pre-pandemic levels until at least 2022. While the decline in contracting will result in slowing fleet growth in the coming years, balance in the shipping markets may prove elusive for many years to come,” says Sand. 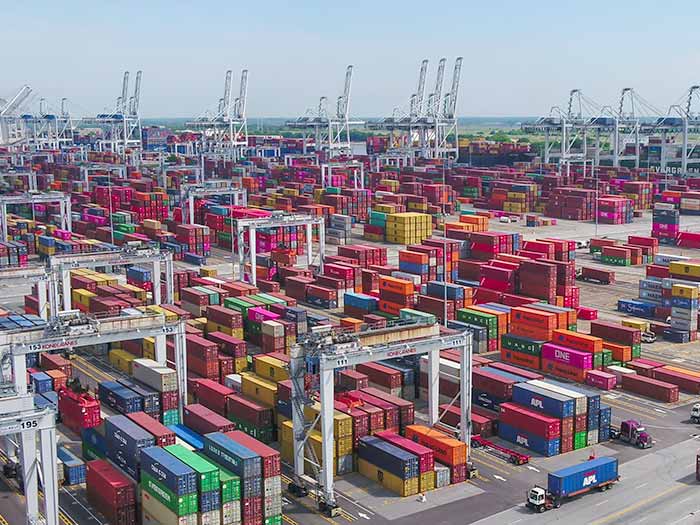 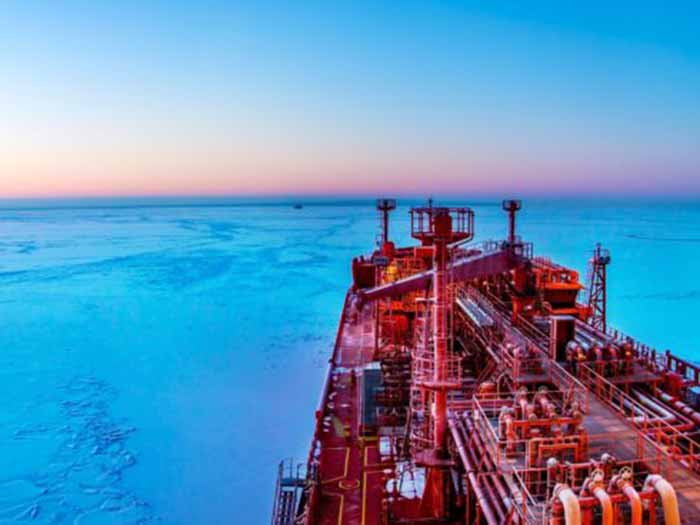 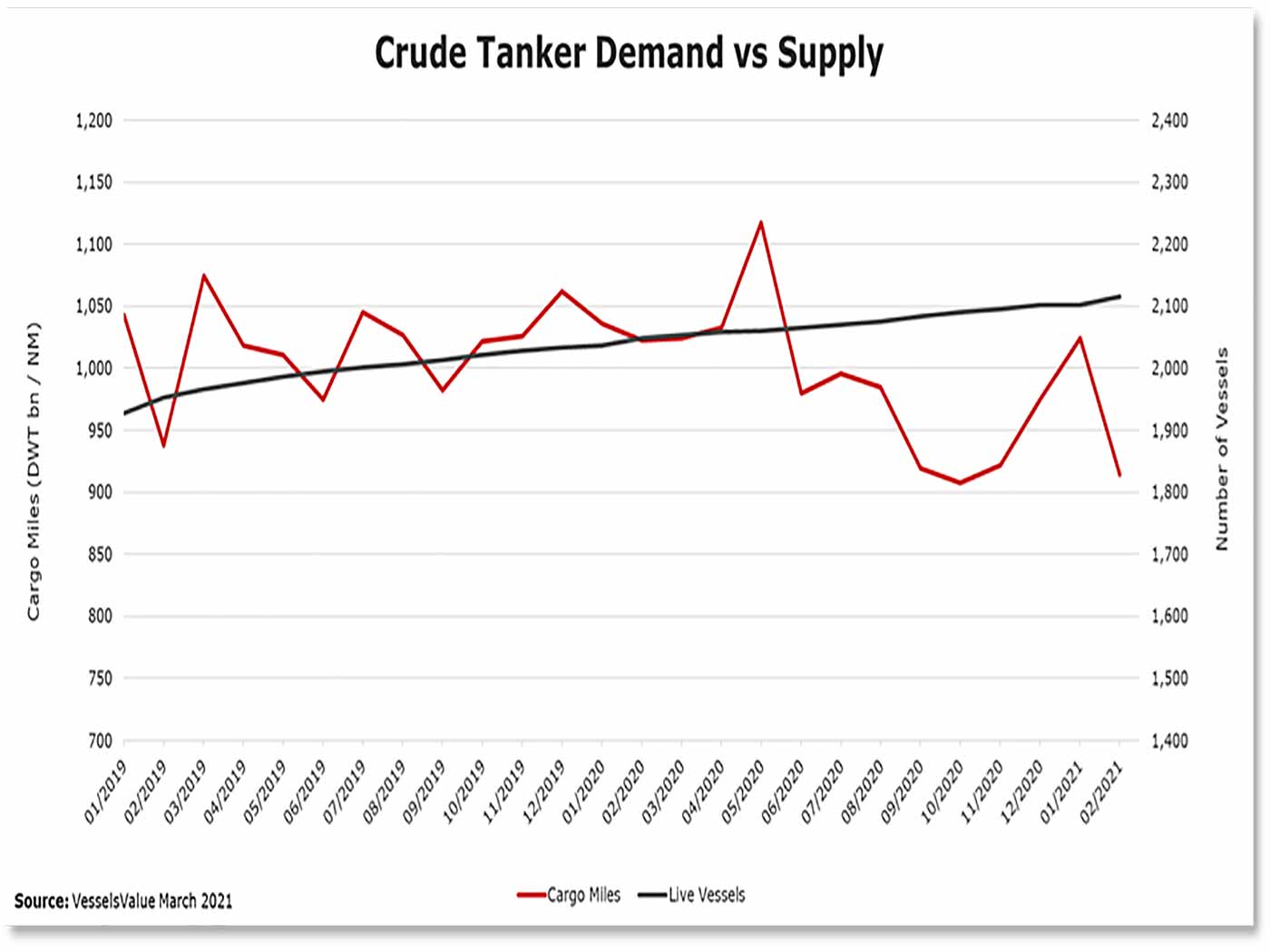