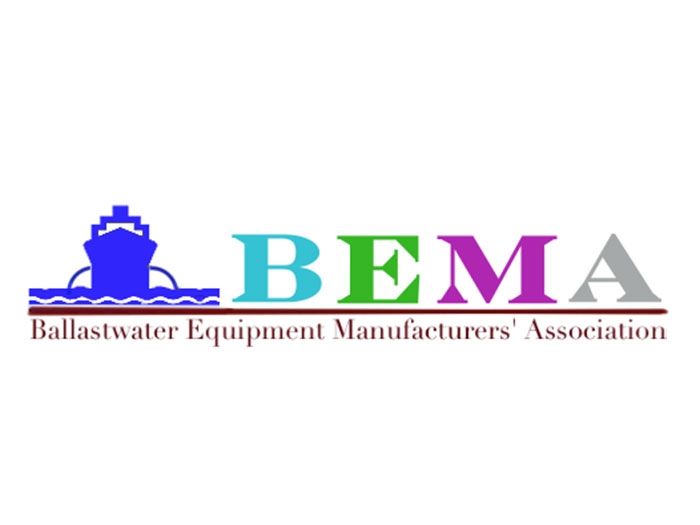 APRIL 24, 2018 — Ballast water management system manufacturers and stakeholders have formed a trade association. Called the Ballastwater Equipment Manufacturers’ Association (BEMA), it held its first Annual meeting on April 19, 2018 and has elected its inaugural Board of Directors.

The need for the association arose from the growing demand for well-founded information on the practicability of ballast water treatment technologies, as well as on the technical and environmental aspects of implementing ballast water management regulations worldwide.

The idea of forming an association of ballast water equipment manufacturers dates back many years.

“What makes this time different,” says Mark Riggio of Hyde Marine who was elected President of the Association and was a member of the initial formation committee, “is the realization that we needed to have a unified voice in the conversation.” BEMA will be that voice.

BEMA is a registered trade association based in the United States, with headquarters at 103 Oronoco St, Ste 200, Alexandria, VA 22314.

The association seeks to provide coordinated, technical, non-commercial guidance to both the maritime industry and regulatory agencies that are trying to understand the intricacies of ballast water treatment. It will serve as a key resource for shipowners, designers, testing equipment suppliers, and regulators to discuss openly how ballast water treatment systems work and what should be the expectations of each technology operating across a world fleet.

“It has been encouraging to see how enthusiastically the equipment manufacturers have embraced the organization,” said Marcie Merksamer, Secretary General of BEMA and member of the formation committee. “We have had a quick and energetic response from suppliers representing all of the major technology types in the industry and from every region of the world. BEMA is truly a global enterprise.”  During the initial formation meeting in London, held during the fifth session of IMO’s Sub-Committee on Pollution Prevention and Response (PPR) in February this year, the organizers discussed applying for non-governmental organization (NGO) observer status at IMO in 2018. After consulting with the shipping industry and prospective members, their focus quickly turned to ensuring that the association first provides value to the industry and then revisiting the effort of obtaining IMO acceptance as an NGO.

“There is a lot of value that [BEMA] can provide even before we achieve NGO status at the IMO,” said Steve Candito, Ecochlor CEO, member of the formation committee, and newly elected member of BEMA’s Board of Directors. “We have already been approached by ICS, BIMCO, and other shipowner associations to discuss the important implementation challenges. The industry wants to discuss solutions and we are ready to talk.”

Representatives from Cathelco, Coldharbour, DESMI Ocean Guard, ERMA FIRST, Evoqua, Optimarin, Panasia, and Wӓrtsilӓ have also been elected to serve as members of BEMA’s Board of Directors.

The makeup of the board ensures that the organization has balance with regard to the technologies that are being used in the market, the different regions of the world that serve the marketplace, and companies of different sizes and scope.

Thd other elected officers of the association are: Vice President Efi Tsolaki of ERMA FIRST; Treasurer Birgir Nilsen of Optimarin; and Secretary Andrew Marshall of Coldharbour.

BEMA is scheduling meetings with numerous shipowner associations and industry trade groups to provide unbiased direction and advice to their membership about the impending retrofit period, currently scheduled to begin in September of 2019.