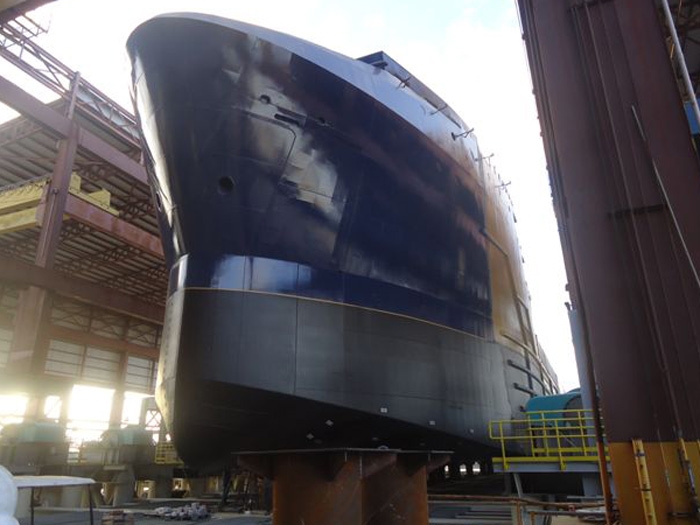 JANUARY 18, 2014 — Gulfport, MS, headquartered Gulf Coast Shipyard Group has leased space at the Port of Gulfport, to complete the series of LNG fueled platform supply vessels that it is building for Harvey Gulf International Marine.

The shipbuilder will utilize 15,000 square feet of warehouse space and 400 linear feet of dock space on the Port’s East Pier. Lease terms are for three years with three one-year options for renewal beginning March 1, 2014.

Gulf Coast Shipyard expects the first vessel to be at the Port of Gulfport in mid-March.

“We’re excited about doing business with Gulf Coast Shipyard Group and welcome the new business opportunities and jobs they will bring to the Port of Gulfport,” said Jonathan Daniels, executive director and CEO of the Mississippi State Port Authority (MSPA).

“We are pleased to work with the Port of Gulfport and grow our business in Mississippi,” said John Dane. “We’ve worked together in the past on a smaller scale and look forward to this expanded relationship.”