Mark Martecchini has been elected as the 16th president of Webb Institute. Effective July 1, 2022, he will succeed R. Keith Michel who has served as Webb’s president for the past nine years.

Martecchini was elected following a rigorous search process, led by a Board of Trustee’s search committee consisting of seven members with diverse backgrounds and expertise. From a strong international pool of candidates, the search committee invited three finalists to campus for meetings with students, faculty, administrative staff, and trustees.

After taking into consideration input from a broad spectrum of the Webb community, the search committee and the Board enthusiastically and unanimously elected Martecchini to lead Webb as its next president.

Founded in 1889 by New York-based shipbuilder William H. Webb, Webb Institute is a top-ranked undergraduate institution specializing in naval architecture and marine engineering. Webb is the only full-tuition scholarship, private undergraduate program of its kind in the United States, with a maximum of 28 students being accepted into the program each year. Webb Institute’s waterfront campus, is located in Glen Cove, N.Y., on the North Shore of Long Island.

Martecchini comes to Webb following a 38-year career with Stolt-Nielsen, where he served in a variety of technical, commercial and executive roles, most recently as managing director of Stolt Tankers, operating the world’s largest global fleet of parcel tankers.

“I am honored and excited to be chosen to succeed Keith Michel to lead Webb into the future,” said Martecchini, “a future where sustainability and decarbonization will redraw the map of the maritime industry, with Webb graduates ideally placed to make that change happen. Webb has made huge strides under Keith’s tenure, constructing a state-of-the-art academic center that enables Webb to continue adapting its curriculum and faculty to promote innovation and new technologies.”

In his remarks, Rosenblatt noted the accomplishments of retiring president Keith Michel. “Enrollment, educational outcomes, student body diversity, and the Institute’s financial strength have markedly increased during Michel’s tenure. We thank him for his many contributions.”

President Michel enthusiastically endorsed the selection of Martecchini as his successor. “I am excited for Mark and his family and look forward to working with him as we transition the presidency,” he said. “I have long admired his collaborative approach to leadership and believe he is especially well prepared to lead Webb in this time when rapid technological advancement demands innovative approaches to engineering education.”

Martecchini holds a B.S. degree in naval architecture and marine engineering from Webb Institute and an MBA from New York University. He lives in Rotterdam, Netherlands, with his wife Laurie. They have two children, Niko, who is a 2009 graduate of Webb Institute, and Thomas. 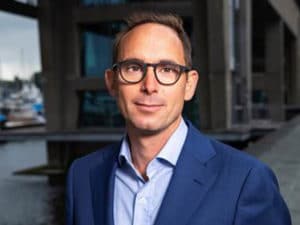 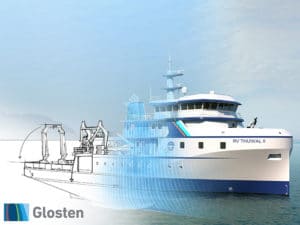 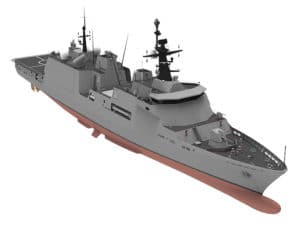 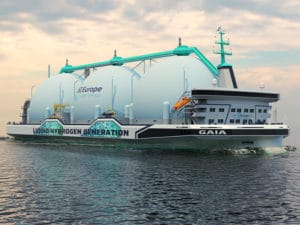