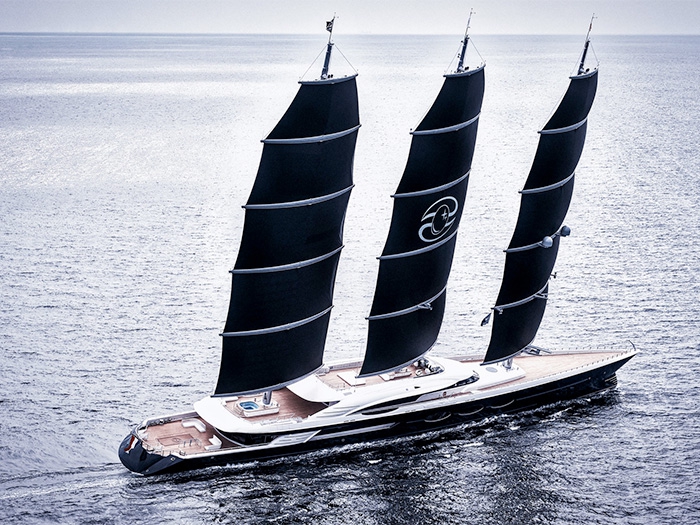 All 2,900 square meter of sails can be set in seven minutes

Dykstra Naval Architects designed Black Pearl’s three 70 meter (230ft) DynaRig carbon masts and sailing system. The sail area is subdivided into smaller lesser-loaded sails and they can be set or furled by pushing a button. Astonishingly, all 2,900 square meter of sails can be set in seven minutes.

BMT, Nigel Gee collaborated with Oceanco to create Black Pearl’s hybrid propulsion system as well as other onboard systems such as waste heat recovery.

In addition to the state of the art DynaRig system, other features of Black Pearl include single level engine room, a hybrid propulsion installation and regeneration mode when under sail.