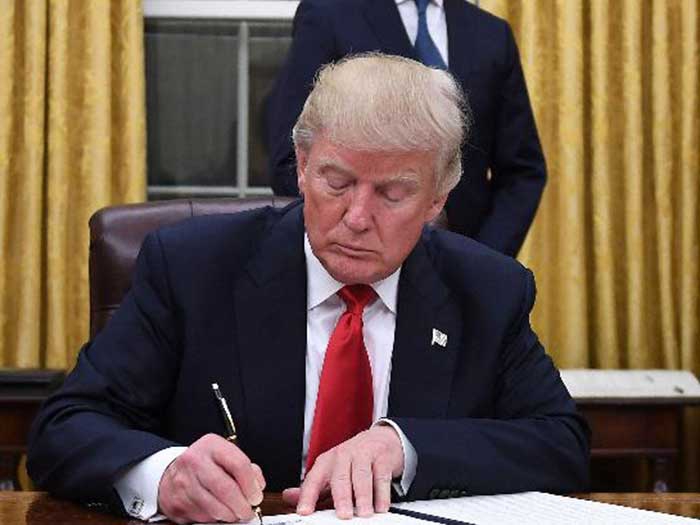 JANUARY 24, 2016 — Among a clutch of actions taken by President Donald Trump yesterday was to send the U.S. Trade Representative a memorandum formally withdrawing the United States from the Trans-Pacific Partnership.

Though President Obama had signed the TPP agreement, its prospects of ratification by the Congress had been non-existent.

What’s perhaps most interesting in yesterday’s memorandum are these words “it is the intention of my Administration to deal directly with individual countries on a one-on-one (or bilateral) basis in negotiating future trade deals. Trade with other nations is, and always will be, of paramount importance to my Administration and to me, as President of the United States.”

SUBJECT: Withdrawal of the United States from the
Trans-Pacific Partnership Negotiations
and Agreement

It is the policy of my Administration to represent the American people and their financial well-being in all negotations, particularly the American worker, and to create fair and economically beneficial trade deals that serve their interests. Additionally, in order to ensure these outcomes, Based on these principles, and by the authority vested in me as President by the Constitution and the laws of the United States of America, I hereby direct you to withdraw the United States as a signatory to the Trans-Pacific Partnership (TPP), to permanently withdraw the United States from TPP negotiations, and to begin pursuing, wherever possible, bilateral trade negotiations to promote American industry, protect American workers, and raise American wages.

You are directed to provide written notification to the Parties and to the Depository of the TPP, as appropriate, that the United States withdraws as a signatory of the TPP and withdraws from the TPP negotiating process.

You are authorized and directed to publish this memorandum in the Federal Register.