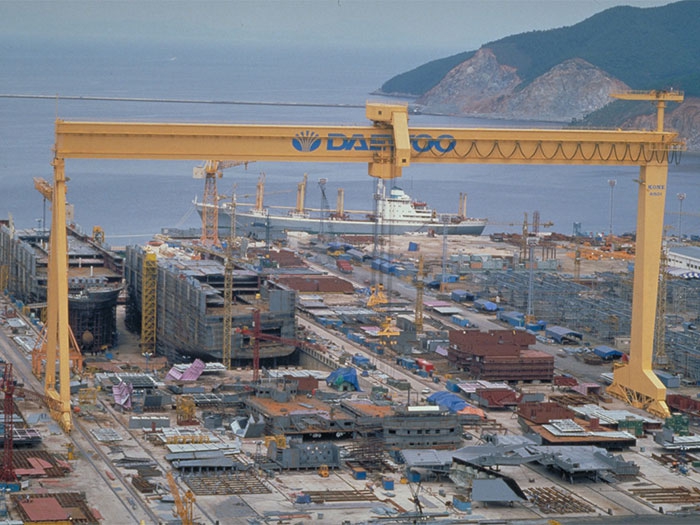 South Korea is to seek new owner for DSME, which is currently under a workout program led by the state-run Korea Development Bank (KDB)

APRIL 5, 2018 — South Korea’s Ministry of Oceans and Fisheries has unveiled a mid-term restructuring plan for the nation’s shipbuilding and shipping sector that includes building 200 commercial vessels.

“Following the bankruptcy of Hanjin Shipping, sales of South Korea’s shipping industry were cut by over 10 trillion won, and the tonnage of the deep sea containers has been cut in half,” the Yonhap news agency reports Oceans Minister Kim Young-choon as saying in a meeting of economic-related ministers. “We have prepared a set of comprehensive measures to support the shipping and shipbuilding industries grappling with a protracted slump, intense competition and environmental regulations.”

The plan is to build 140 bulkers and 60 containerships. Yonhap reports that the ministry will establish a maritime industry promotion agency in July to support placing orders for new ships in the form of investment or guaranteeing the ship purchase program.

Yonhap reports the Ministry of Trade, Industry and Energy as saying it will carry out a comprehensive restructuring plan for the nation’s shipbuilding industry that will includes seeking a new owner for Daewoo Shipbuilding and Marine Engineering, which is currently under a workout program led by the state-run Korea Development Bank (KDB),

To help local shipbuilders stay afloat, reports Yonhap, the ministry plans to place orders for 40 public purpose ships, such as military vessels and patrol ships, worth 5.5 trillion won, by 2019.