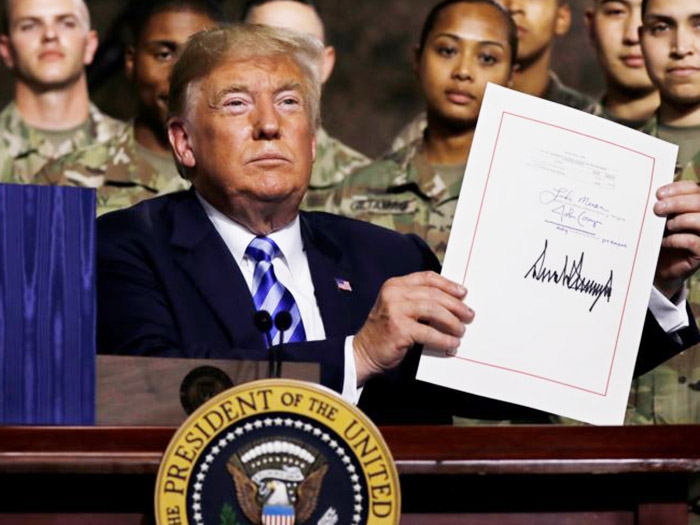 The act authorizes $24.1 billion for shipbuilding to fully fund 13 new battle force ships and accelerate funding for several future ships. This includes three Arleigh Burke-class destroyers and two Virginia-class submarines. There is also $1.6 billion for three littoral combat ships (even though the Navy only asked for funding for one).

The future ships include six icebreakers, and a Columbia-class ballistic missile submarine.

You can read the full text of the Act HERE

Despite yesterday’s signing, more Congressional wrangling may lie ahead. The 2019 NDAA does not fund the military. Rather, it authorizes the policies under which funding will be set by the appropriations committees and then voted on by Congress. That bill is still under consideration.