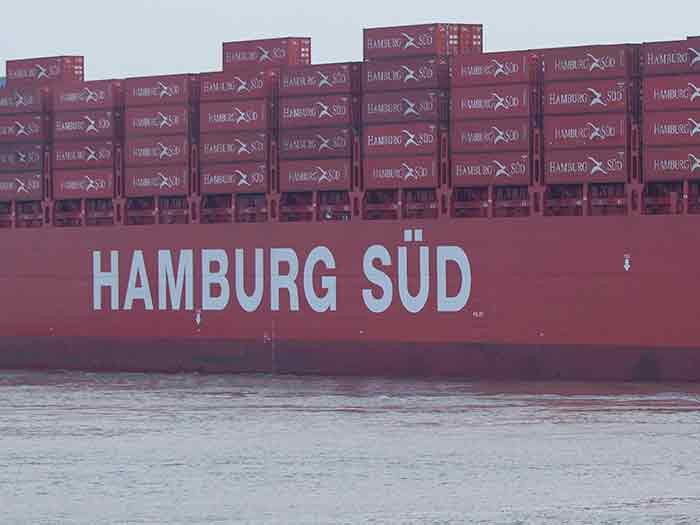 The acquisition is subject to final agreement and regulatory approvals. No sales price has been disclosed. “It is to be assumed that the transaction will be closed in late 2017 at the earliest,” says the Oetker Group.

For Maersk Line, the acquisition follows the strategy it announced on September 22 to grow market share organically and through acquisitions.

Hamburg Süd is the world’s seventh largest container shipping line, operating 130 containerships with a container capacity of 625,000 TEU In 2015, Hamburg Süd had a turnover of $6,726 million of which $6,261 million stems from its container line activities.

Maersk Line says the acquisition will create a unique opportunity for further development of its business to the benefit of customers, employees as well as shareholders

The Oetker Group says that global container liner shipping has been generating losses for years as a result face of rising overcapacity.

Though Hamburg Süd has performed well compared with its competitors, financing its expansion largely from its own cash flow, the Oetker Group says that active participation in the consolidation process of the sector currently taking place would entail an even higher capital requirement, leading to the decision to put Hamburg Süd in the hands of new owners and that Maersk is, in their view, the ideal partner to preserve and further develop the the shipping company’s successful business model.

With the acquisition of Hamburg Süd, Maersk Line will grow its global capacity share to approximately 18.6% (15.7%), its nominal capacity to around 3.8 million TEU (3.1 million TEU) while decreasing the average age of the combined fleet of more than 700 vessels to 8.7 years compared to Maersk Line’s present vessel age of 9.2 years.