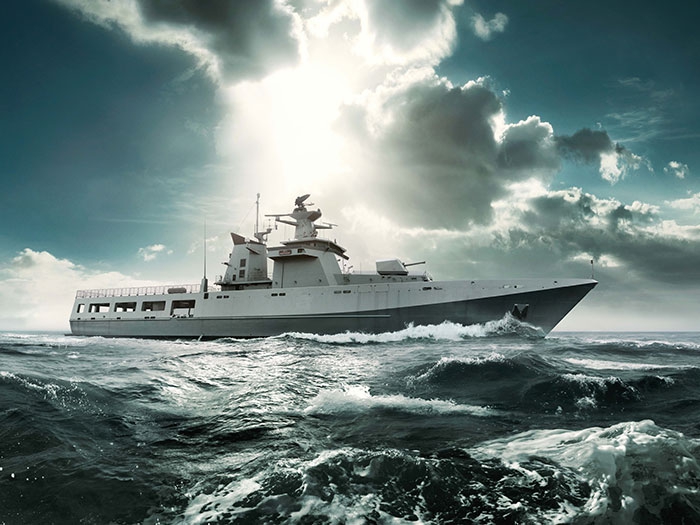 APRIL 17, 2018 — Civmec, the Australian heavy engineering specialist whose subsidiaries include Forgacs Marine and Defence, has been awarded a key Offshore Patrol Vessel contract.

Back in January, Australia’s Minister for Defence Industry, the Hon Christopher Pyne MP, announced that the Australian Government had signed a contract worth at least AUD 3 billion (about US$2.33 billion) with Bremen, Germany, based Lürssen to lead the design and build of 12 Offshore Patrol Vessels

The Minister said then that first two OPVs would be built at the Osborne Naval Shipyard in South Australia, starting this year, and that ten would be constructed at the Henderson Maritime Precinct in Western Australia from 2020.

He added that Lürssen would subcontract shipbuilder ASC to build the first two ships in South Australia and was in negotiations with Austal and Civmec to build the other10 ships in Western Australia, with Civmec providing the steel from Australian suppliers for all 12 OPVs.

Yesterday it appeared that Civmec had beaten out Austal for the contract to build the 10 Western Australia OPVs to be built in Australia Western.

Announcing that it had been awarded a contract from Lürssen Australia in relation to the OPV project, Civmec said: “The awarded scope includes the supply and processing of steel for all twelve vessels. Following the build of the first two vessels in South Australia, the company will undertake specific fabrication and construction activities for the following ten vessels. Final consolidation of the ten vessels will be undertaken in the company’s new world-class shipbuilding facility, which is currently under construction adjacent to its existing water-front facilities and head office at Henderson, Western Australia.

“The company has begun mobilizing personnel and equipment to ensure steel for the project is cut in time to meet the Q4 2018 commencement for the construction of the first vessel in South Australia.”

Pat Tallon, CEO of Civmec, said “Securing such long-term work is great news for the company, our employees and our current and future apprentices and trainees. It reinforces our decision to invest in the development of a new state-of-the-art shipbuilding facility at our Henderson yard.”

James Fitzgerald, Executive Chairman of Civmec, said “The award of this contract is of momentous significance for the company and will underpin both the company’s growth, and the development of its employees, for current and future generations.”

Austal, however, released a statement saying that “the commercial negotiation process with Lürssen is still ongoing” and that “Austal was brought into negotiations with Lürssen by the Government in order to use all the capabilities which are available in Henderson for the OPV project.”

“The Government appointed a highly respected and experienced engineering executive to facilitate the process to ensure the best outcome for the project is achieved,” Austal CEO David Singleton said.

“As Australia’s most experienced patrol boat builder, we offer a wealth of experience in program management, design through build management and a highly experienced and skilled workforce,” Mr. Singleton added.