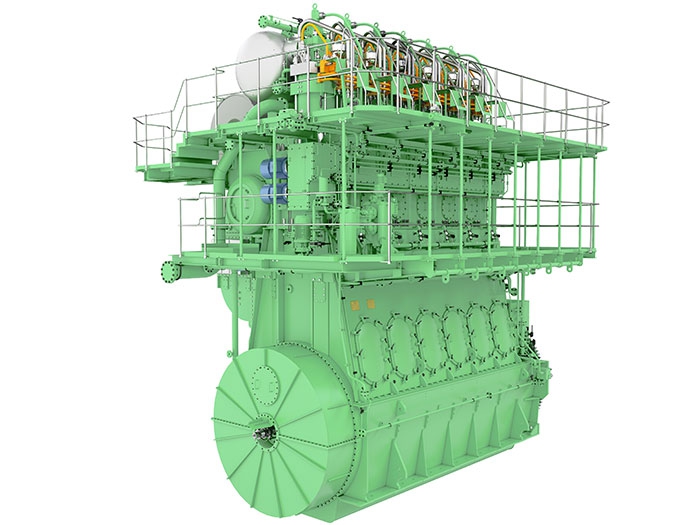 FEBRUARY 1, 2019 — An 86,000 cu.m Very Large Gas Carrier on order at China’s Jiangnan Shipyard, will be powered by an LPG-burning MAN B&W 6G60ME-LGIP engine. The vessel is being built for delivery to Tianjin Southwest Maritime (TSM)in the second half of 2021 and the order includes an option for a second vessel.

MAN Energy Solutions is seeing growing interest in the ME-LGIP.

Bjarne Foldager – Senior Vice President, Head of Two-Stroke Business at MAN Energy Solutions – said: “With 2020 and the new IMO emissions fast approaching, interest in using LPG as a fuel – within and outside of the LPG carrier segment – is growing due to its sulfur-free character, widespread availability, price competitiveness and ease of bunkering. At MAN Energy Solutions, we feel that the introduction of the ME-LGIP is proving timely.”

MAN Energy Solutions won the first orders for the new engine earlier in 2018 when Hanjin Heavy Industries announced that it would construct two 86,000 cu.m VLGC’s for Exmar in its Philippines shipyard, each powered by an in\l MAN B&W 6G60ME-LGIP Mk9.5 engine.

The first retrofit orders for the ME-LGIP came in September 2018 when MAN Energy Solution signed a contract with BW LPG for the world’s first retrofitting of four MAN B&W 6G60ME-C9.2 HFO-burning engines to 6G60ME-C9.5-LGIP LPG-propelled dual-fuel engines. The order includes options for further retrofits in the future with work expected to begin during 2020.

“In gas mode, the ME-LGIP engine operates on just 3% pilot oil and down to 10% load,” Folger said. “Ultimately, we expect the engine to operate without the need for pilot oil. The ME-LGIP can also burn liquid volatile organic compounds, a deliberate move on our part since the IMO will inevitably turn its focus towards the reduction of volatile organic compounds in the future. Accordingly, we view the ME-LGIP as also ideally suited to the propulsion of shuttle tankers and very large crude carriers.”

The ME-LGIP (-Liquid Gas Injection Propane) engine builds on the success the company has had with its ME-GI and ME-LGI dual-fuel engines, which have won over 250 orders since their introduction to the market. Employing essentially the same proven technology, LPG has now been added to the expanding list of non-HFO and alternative fuels that MAN Energy Solutions’ two-stroke technology can exploit.

The Diesel principle provides the ME-LGIP engine with high operational stability and efficiency, including during load changes and fuel change-over, while maintaining defining properties such as a stable change-over from one fuel type to another with no fuel-penalties. The negligible gas slip of the ME-LGIP engine makes it the most environmentally friendly, two-stroke technology available.
els.

The ME-LGIP engine has shown an up to 18% reduction in CO2 and circa 90% reduction in particulate matter when running on LPG, compared with HFO.