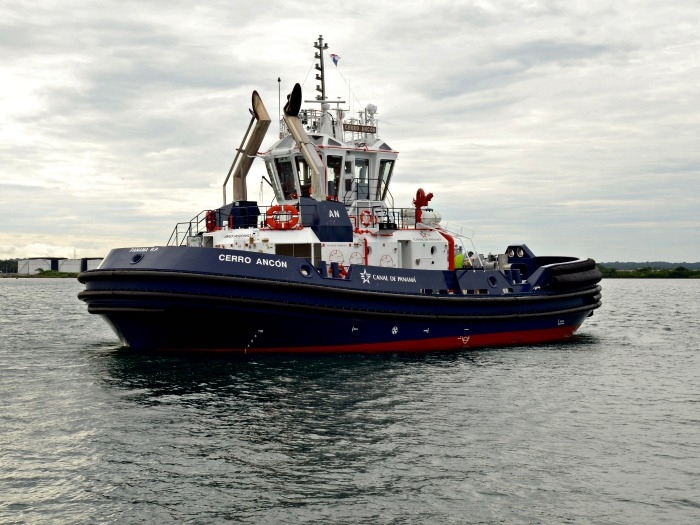 OCTOBER 9, 2014—The Panama Canal Authority recently took delivery of the 29m tractor Cerro Ancon, the last in a series of 14 such vessels for its fleet.

Named after a hill in Panama, the Cerro Ancon was built by Spain’s Astilleros Armon S.A. under a contract awarded in September 2011. Each of the 28.9m x 13.5 m tractor tugs has two 2,330 kW Schottel SRP 2020 Rudderpropellers. The Cerro Ancon has a bollard pull of 85 tons.

Thee new tractor tugs will allow the Canal to offer a more efficient service to the global shipping industry and strengthen the waterway’s capacity for the operation of the Third Set of Locks when they open in 2015.

Astilleros Armon, S.A began delivering the series of tugs in June 2013. It won the tender to construct the 14 tugs against worldwide competition from South America, Europe and Asia.

The Panama Canal now has a fleet of 46 tugboats. The additional tugs will assist post-Panamax-size vessels that will be transit through the new locks. Locomotives currently assist ships through the existing locks.