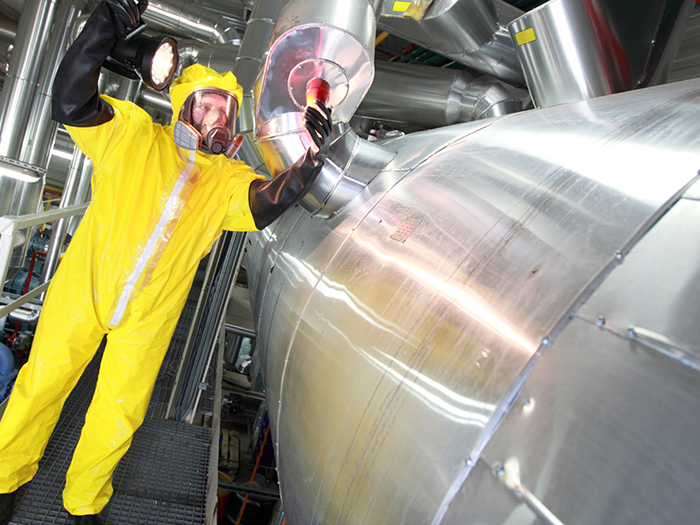 Ammonia is already being seen as having a lot of promise as a marine fuel that can help world shipping meet IMO’s target of a halving GHG emissions by 2050,

As we reported recently, MAN and Alfa Laval have been working on the technology needed to burn ammonia as a marine fuel in diesel engines (see story).

Now a new paper “Sailing on Solar,” commissioned by Environmental Defense Fund Europe and produced by U.K. based engineering consultancy Ricardo plc, puts the case for green ammonia as a clean marine fuel, noting that, in addition to its potential use in engines it could also be used as a “hydrogen carrier” for fuel cells.

“Demand from the international fertilizer industry has created a global market for ammonia so that it is already produced and shipped on a global scale,” says the paper. “Therefore, there are established standards for the safe handling, storage and transport of ammonia in bulk on ships. However, most of the ammonia on the global market is produced from fossil fuels, creating harmful greenhouse gas emissions. From a product lifecycle perspective, ammonia from fossil fuels would offer little or no environmental benefits if used as a shipping fuel.”

Green ammonia was selected as the focus of this study over other maritime fuels (e.g. hydrogen and battery storage; acknowledging that all should be explored) because it provides the following advantages:

So, what’s the catch? The price tag.

“A high-level financial analysis estimates that a total investment value of up to U.S. $6 trillion would be required in green ammonia plants and renewable energy plants around the world to decarbonize the international container vessel and non-coal dry bulk carrier fleets (which together represent approximately 40% of international shipping) between now and 2050,” says the paper.

“This scale of investment – underpinned by demand from a global industry – presents an opportunity for developing countries around the world to attract investment in sustainable industrial growth,” says the study. “This would have positive effects on economic growth through the creation of jobs and the establishment of supporting supply chains and services. It would also catalyze investment in port and bunkering infrastructure distributed around the world.”