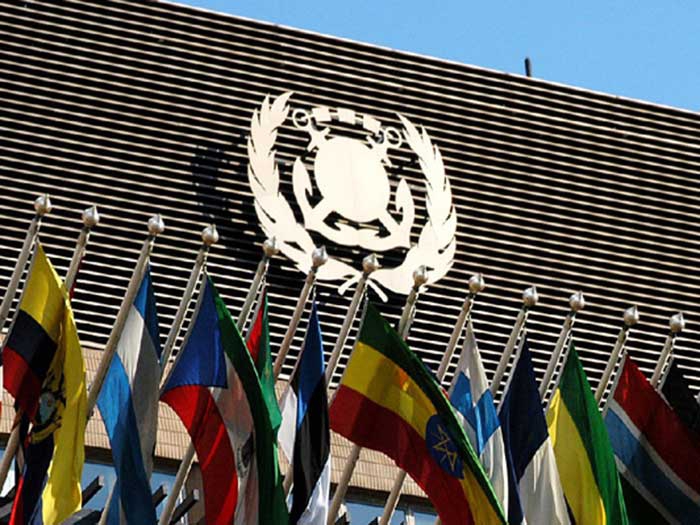 NOVEMBER 28, 2016 — The 97th session of the IMO Maritime Safety Committee (MSC 97) was held at IMO headquarters in London, November 21 to November 25. As ever it produced a host of regulatory tweaks on subjects as diverse as intact stability of anchor handling vessels, revised STCW requirements for polar operations … and more

Classification society ClassNK has released a summary of key outcomes of the sessions, based on informal information obtained from participants from ClassNK and from Working Papers distributed during MSC 97.

Mandatory requirements were adopted as follows:

Amendments to SOLAS II-2/10.5, not to require foam-type extinguisher of at least 135L capacity in the boiler room which is protected by fixed local application fire-fighting systems, were adopted.
Applied to: on or after 1 January 2020.

New SOLAS XI-1/2-1, requirement to harmonize the survey periods of non-ESP ships and ESP ships, was adopted.
Applied to: on or after 1 January 2020.

Amendments to ESP Code, to clarify the scope of close up survey and thickness measurement for double hull bulk carrier, were adopted.
Applied to: on or after 1 July 2018.

Amendments to paragraph 3.2.5 of the IGC Code Chapter 3 were adopted, for deletion of the provision that the wheelhouse windows facing the cargo area shall be constructed not less than “A-0” class.
Applied to: on or after 1 January 2020.

Amendments to 2008 IS Code were adopted in order to include the intact stability criteria for ships engaged in anchor handling operations, towing operations, escort operations and lifting operations.
Applied to: on or after 1 January 2020.

Amendments to STCW Convention were adopted in order to revise training requirements for masters and deck officers on board ships operating in polar waters; and masters, officers, ratings and other personnel serving on board passenger ships engaged on international voyages.
Applied to: on or after 1 July 2018.

Mandatory requirements were approved at this session, which are expected to be considered for adoption at MSC 98 in June 2017.

(2) Amendments to IMSBC Code: Amendments to paragraph 4.5.1 and 4.5.2 of IMSBC Code, to clarify that shipper shall be responsible for conducting a test to determine the TML of a solid bulk cargo and sampling and testing for moisture content before loading, were approved.

MSC 97 approved an interpretation that cargo pump-rooms and ballast pump-rooms are not regarded as one of double-hull spaces required to be fitted with suitable connections for the supply of inert gas as per SOLAS regulation II-2/4.5.5.1. (UI SC272)

MSC 97 approved an interpretation that a bulkhead separating the wheelhouse and the toilet, installed completely within the wheelhouse, require no fire rating.

(3) Unified interpretation of suitable number of spare air cylinders to be provided in connection with drills (SOLAS II-2/15.2.2.6)

MSC 97 approved an interpretation that a suitable number of spare cylinders to be carried on board to replace those used for fire drills as required by SOLAS II-2/15.2.2.6 should be at least one set of cylinders for each mandatory breathing apparatus. (UI SC275)

MSC 97 approved an interpretation that self-contained battery-powered lamps may be accepted as means of illumination for the area where remotely located survival craft are stowed as required by SOLAS III/31.1.4. (UI SC213)

MSC 97 approved an interpretation for SOLAS V/23.3.3 on installation of ladder that an adverse list of 15° is not needed for calculation of the height from the water to the point of access to, or egress from, the ship. (UI SC257)

MSC 97 approved an interpretation that the calibration of portable atmosphere testing instruments ashore in accordance with the manufacturer’s instructions should be accepted as a means of complying with SOLAS XI-1/7.

AMENDMENTS TO THE GBS VERIFICATION GUIDELINES

GBS, as stipulated in SOLAS II-1/3-10, is applied to oil tankers and bulk carriers of more than 150 m in length contracted for construction on or after 1 July 2016. Design and construction of these ships shall comply with rules deemed as compliant with GBS. Further, GBS requires periodical verification of the rules as conforming to the goals and functional requirements of GBS based on the GBS verification guidelines (MSC.296(87)).

At the last session, it was noted that there was room for improvement of the guidelines and agreed to consider amendments to the guidelines from this session. The GBS verification guidelines are constituted by the following two parts:

At this session, as a result of deliberation on the amendments to Part A of the guidelines, it was agreed to amend the definitions of the terms in the guidelines. Further, it was also agreed to continue to consider the scope and frequency of maintenance verification at MSC 98.

AMENDMENTS TO GUIDELINES FOR SIMULATED LAUNCHING OF FREE-FALL LIFEBOATS

At this session, as a result of deliberation on the proposal to amend the guidelines, it was agreed to consider this further at SSE 4.

AMENDMENTS TO REQUIREMENTS ON SUBDIVISION AND DAMAGE STABILITY

At the last session, the amendments to SOLAS II-1 on subdivision and damage stability, which were considered since 2010, were approved.
(1) Required subdivision index R for passenger ships (Regulation 6)
(2) Wells constructed in the double bottom (Regulation 9)
(3) Use of butterfly valve as a collision bulkhead valve for cargo ships (Regulation 12)

At this session, as a result of the deliberation of the above amendments, it was agreed to further consider the required subdivision index R for passenger ships, which was supported by the majority. The above four amendments are expected to be adopted at MSC 98.