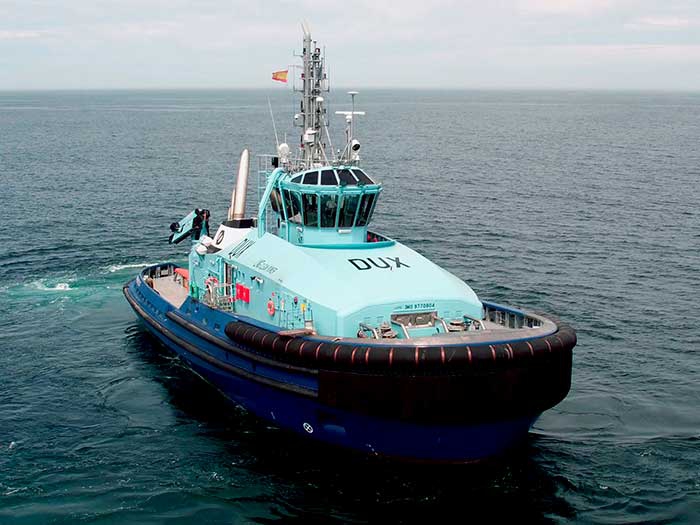 Tug will operate mostly on LNG

Designed by Robert Allan Ltd., the state of the art escort vessel is the first tugboat in a series of three that will provide tug services to Statoil at its far-north terminal, located at Melkøya in the Barents Sea, under severe weather conditions. the new escort tug, with 40.2 meters length and 16 meters beam, .

Built to withstand harsh environments, the 40.2 m x 16 m vessel is shaped specifically to provide full operational availability at temperatures of 20 degrees below zero and combines environmental sustainability through the use of LNG as fuel in most of its operations -complying therefore with IMO Tier III emissions standards- with the flexibility of diesel power to ensure a high level of operational security.

Outfitted to comfortably accommodate a crew of eight, the vessel has been built \ to the highest shipbuilding standards, as exemplified by its its very low levels of noise and vibration, with noise levels as low as 45 dB in the crew’ cabins.

Among its duties, the vessel will conduct approximately 300 LNG ship escorts annually, will assist with berthing operations and will be maintained in readiness for emergency services such as long line towing, fire-fighting, and oil spill response.