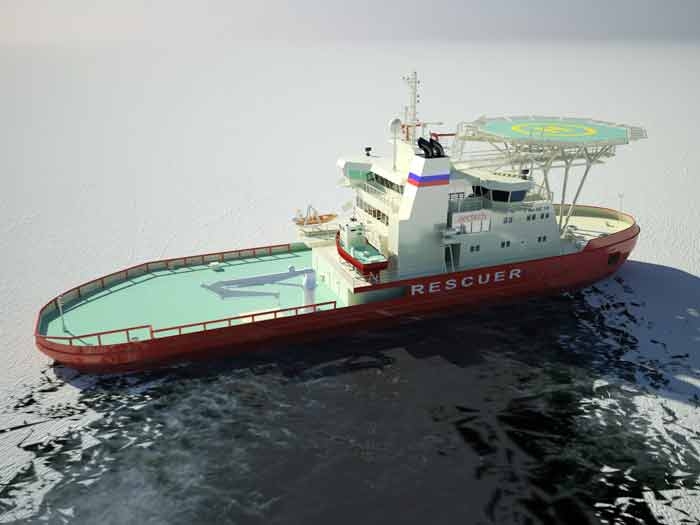 DECEMBER 18, 2013 — A Finnish government owned investment company, Finnish Industry Investment Ltd, yesterday purchased a 66.4% majority stake of the shares of Aker Arctic Technology Oy (Aker Arctic) from STX Finland Oy in a deal valued at EUR 9.3 million. Aker Arctic is one of the world’s leading companies in Arctic marine logistics and offshore solutions as well Arctic vessel design. The company’s other shareholders, ABB Oy Finland and Norway’s Aker Engineering and Technology AS, part of the Aker Solutions group, each hold equal shares of 16.8%.

The acquisition is being carried out at market terms based on an external expert valuation. At the same time, with the minority shareholders increasing their share in Aker Arctic on equal terms with the state acquisition.

“Arctic shipping is expected to increase substantially in the upcoming years and decades” says Finland’s Minister of Economic Affairs, Jan Vapaavuori.  “As a world leader in solutions for development of Arctic engineering Aker Arctic has good prospects to gain a significant market share in the industry. This of course also has a positive impact on the company’s long-term value. That is why I consider this deal highly successful from the state’s point of view.”

“The Government of Finland has a special interest in contributing to ensure a secure basis that offers possibilities for open stable ownership for Aker Arctic to develop and retain its knowhow,” says Mr.Vapaavuori . “In addition to Aker Arctic’s globally adapted commercial applications the company’s knowhow can also be used to help the Finnish Defense Forces. The company’s expertise and its utilization hold a key role in Finland’s Arctic strategy, as well as in implementation of the Ministry’s Marine Industry 2020 working group proposals.”

Aker Arctic has accumulated the most important Finnish arctic marine know-how. The company has designed a number of successful ship concepts for Arctic shipping, including the world’s first oblique icebreaker concept, which is currently under construction at Arctech Helsinki Shipyard Oy. Aker Arctic has been involved in significant logistic solutions in the Northwest Russia and is also in the design of both Canada’s and China’s new polar icebreakers.

The development and utilization of a cutting-edge arctic knowhow is important to Finland for several reasons, including arctic business development, as well as in terms of security of national supply issues. In the coming years Aker Arctic has a promising growth prospects e.g. in connection with opening of the Northeast Passage.

“The company’s operations will also strengthen the Finnish marine industry cluster and its prospects in strong and competitive areas of special expertise, Mr. Vapaavuori says. “For the preservation of the Finnish arctic and marine industry related knowhow , it is important that the Aker Arctic’s expertise, as well as its long and successful business relationships on the international market will remain within the range of Finnish research and development.”

“The arrangement is very welcome for us as it gives the message of stability and strong Government backing for our efforts in developing the company and our technologies further” says Mikko Niini, CEO of Aker Arctic. ” We are working with customers in America, Europe, Russia and Asia, which represent oil majors, mining industries, shipowners, shipbuilders, equipment manufacturers and classification societies. The new shareholding also signals our neutral position to all markets and clients, which certainly will improve our ability to secure new customers.”