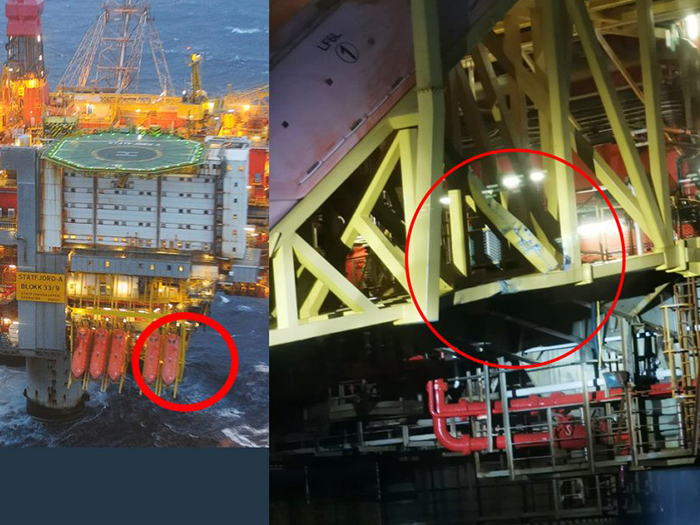 A Faroe Islands flagged PSV slammed into Equinor’s Statfjord A platform in the North Sea earlier today during loading operations.

According to Equinor, the incident occurred at 1.55 a.m. local time today and involved the supply vessel Sjoborg.

The Statfjord A platform is currently in a scheduled production stop, and there was no production on the platform when the incident occurred.

There were 276 people on board Statfjord A when the incident occurred. There are were no injuries on board the platform. However, damage to the lifeboat station and the need to clarify its extent meant that personnel had to be moved from Statfjord A to nearby installations.

Two searches and rescue helicopters (SAR) and a helicopter from the rescue coordination center flew personnel from Statfjord A to Statfjord B and C, and Gullfaks A.

The total extent of damage on the platform is now being investigated.

The area standby vessel Stril Herkules was at the field and is assisting in the work to clarify the extent of the damage.

Equinor reported the Sjoborg as being on its way to shore under its own power with12 people on board.

According to the Equasis date base, the PSV is owned by Faroe Islands based Skansi Offshore. Delivered by Havyard’s Leirvik, Norway, shipyard in 2012 it has subsequently been retrofitted with a battery pack and shore power charging equipment as a condition of gaining its Equinor contract.