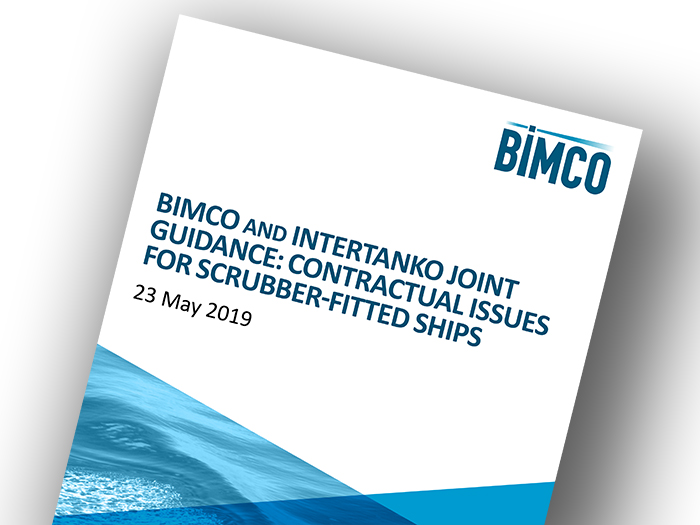 INTERTANKO and BIMCO have issued a joint guidance on the potential contractual issues that could arise when chartering ships fitted with exhaust gas scrubbers.

Produced with the assistance of the North of England P&I Club, the guidance is in the form of Q&As. They focus on the potential contractual issues that parties should be aware of when chartering scrubber-fitted ships. The objective is to highlight and address the relevant clauses and concepts charterers and owners should take into consideration during their negotiations.

The IMO global sulfur cap that comes into effect January 1, 2020 will set a limit of 0.50% m/m sulfur (mass for mass) for fuel oil worldwide and 0.10% m/m within emission control areas. Many owners. Operators can comply by using compliant fuel or by using “equivalents,” which are alternative methods that are at least as effective in terms of emission reductions as using low sulfur fuel oil.

Both BIMCO and INTERTANKO are neutral as to which option should be chosen. However, both associations have been faced with a series of questions from members who have fitted or are contemplating fitting scrubbers concerning how the use of a scrubber may impact on their contractual arrangements.

These questions on both time and voyage chartering issues form the basis of the Q&As in the guidance below. They do not address questions on the technical and operational impact of installing a scrubber. Such information is available from numerous online sources.

Both associations have decided, for the time being at least, not to develop a “standard” scrubber clause for time or voyage charter parties. The decision to install and operate a scrubber is seen primarily as a matter of commercial negotiation between owners and charterers relating to the division of costs and benefits.

Here’s just a sampling of some of the questions