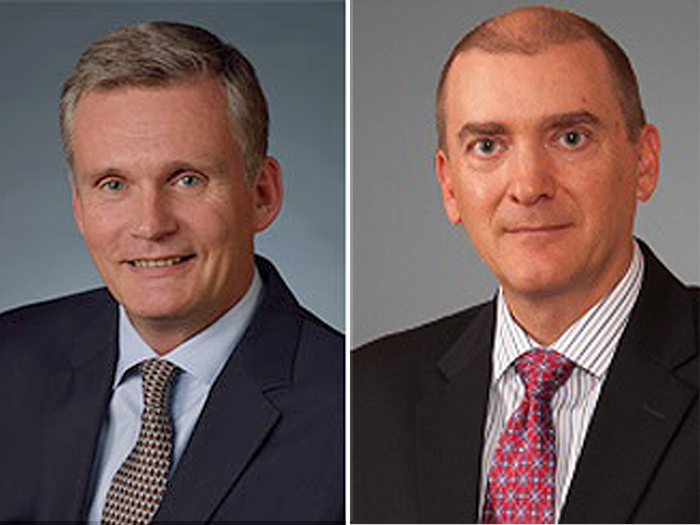 There’s been a change at the top at St Catharines, Ontario, headquartered Algoma Central Corporation, the Canadian leader in Great Lakes and Seaway dry and liquid bulker operations that’s lately been making inroads into a number of international markets. The Dane spearheading those international forays, Ken Bloch Soerensen, has resigned as President and Chief Executive Officer to spend more time with his family in Europe. Gregg A. Ruhl, the current Chief Operating Officer, has been named President and CEO and takes on the role immediately.

Soerensen, joined Algoma in April 2015 after a career that included18 years at A.P. Moller/Maersk and serving as CEO of United Arab Shipping Co from 2005 to 2009. At Algoma, he led the development of the company’s global short sea business and spearheaded the creation of the NovaAlgoma partnership, a 50/50 joint venture with Nova Marine Holdings SA of Luxembourg.

“Ken brought a new, more global outlook to Algoma and was instrumental in shifting the focus of the company to opportunities outside of our traditional Great Lakes markets,” said Duncan N. R. Jackman, Algoma’s Chairman. “He built a strong management team to support this growth, while retaining our strong strategic position domestically. On behalf of the Board, I would like to thank Ken for his contribution to the growth and success of Algoma and wish him all the best in his future endeavors”

Ruhl joined Algoma in November of 2015 as Senior Vice-President, Technical and became Chief Operating Officer in 2017. His over 30 years experience in the transportation industry, includes 20 years in marine transportation. Prior to joining Algoma, Ruhl was Managing Director of CN’s marine divisions. As COO, Ruhl has had commercial responsibility for Algoma’s domestic businesses, as well as oversight of its operations both domestically and globally.