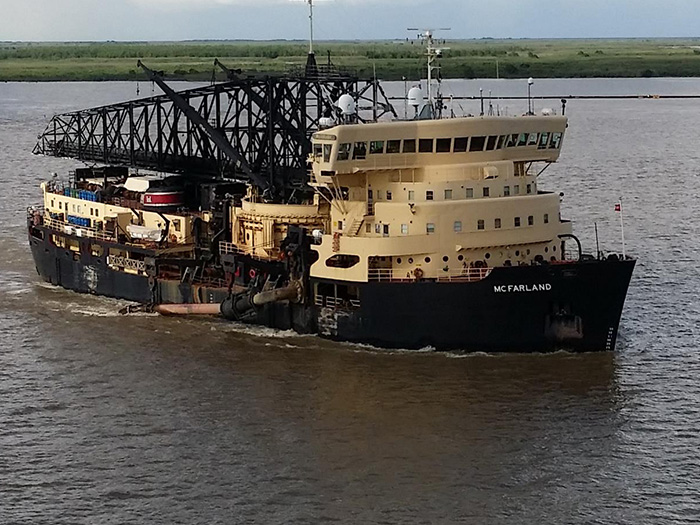 The U.S. Army Corps of Engineers is at the initial stages of procuring a replacement for its 56-year old hopper dredge McFarland, delivered by Bethlehem Steel Shipbuilding in 1966.

One of four oceangoing hopper dredges owned and operated by the U.S. Army Corps of Engineers as part the Corps’ “minimum fleet” for national security and safe navigation, the McFarland was designed by the Corps’ Marine Design Center and is the only dredge in the world with triple capability for direct pump-out, bottom discharge and sidecasting or boom discharge.

However, keeping aging vessels in tip top operating condition can get expensive. Back in September last year, Colonna’s Shipyard was awarded a firm-fixed-price contract to overhaul the McFarland that was valued at nearly $16 million.