The National Transportation Safety Board has issued a preliminary report on the August 21 incident in which the 152-foot-long cutter-head suction dredge Waymon L. Boyd caught fire and four crew members died.

At this stage, the NTSB has issued no finding of probable cause, but this initial report sets out some facts that were not immediately clear in media reports at the time

The NTSB says that the dredge reportedly struck a submerged 16-inch liquid propane pipeline during dredging operations adjacent to EPIC Corpus Christi Marine Terminal, located on the Inner Harbor of the Corpus Christi Ship Channel in Corpus Christi, Texas. A geyser of gas and water erupted adjacent to the vessel. Shortly thereafter, the gas plume ignited, and fire consumed the vessel and surrounding shoreline. Several other vessels assisted the Waymon L. Boyd during dredging operations, including work boats, anchor barges, booster barges and a supply barge. A total of 18 personnel employed by Orion Marine Group were working on the dredge and assist boats on the day of the accident. Four crewmembers died. ‘

Local first responders located the victims and took 6 of the 14 surviving crewmembers to burn units in San Antonio, Texas. No members of the public were injured in this accident.

The fire aboard the dredge was extinguished by 4:10 p.m. local time. However, at 8:30 p.m., the fire temporarily re-ignited and was reported to be out by 9:30 p.m. The dredge sank overnight.

The U.S. Coast Guard declared the accident a major marine casualty. The National Transportation Safety Board (NTSB) is the lead federal agency for the safety investigation. The Coast Guard, Orion Marine Group (owner/operator), Enterprise Products Operating, LLC (pipeline operator), the U.S. Department of Transportation Pipeline and Hazardous Materials Safety Administration, and the Railroad Commission of Texas were named as parties to the investigation.

The NTSB says investigators have interviewed several of the surviving crewmembers and company personnel, and collected documents regarding the dredging operations, crew training, and pipeline marking and damage prevention requirements.

On August 24, an underwater inspection found evidence of mechanical damage and two wall breaches in the pipeline.

The Waymon L. Boyd’s cutter dredge head has been recovered and is being transported to a secure location for examination. On-scene work will continue with the removal of the damaged pipeline for further examination and testing at NTSB’s laboratory, as well as interviews with additional crew and company officials. 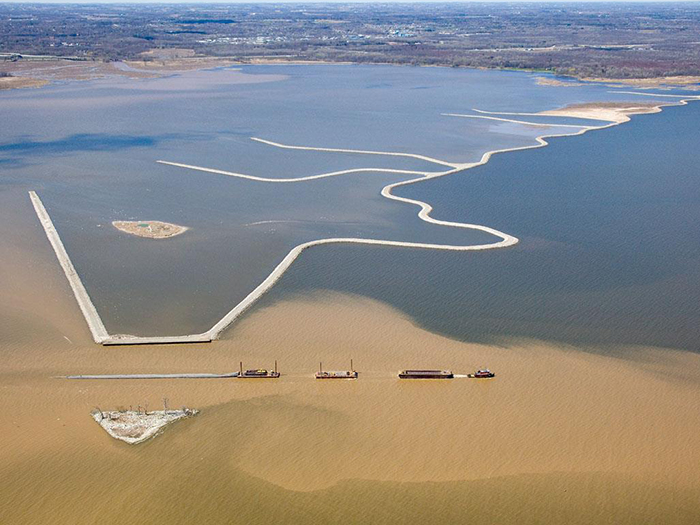