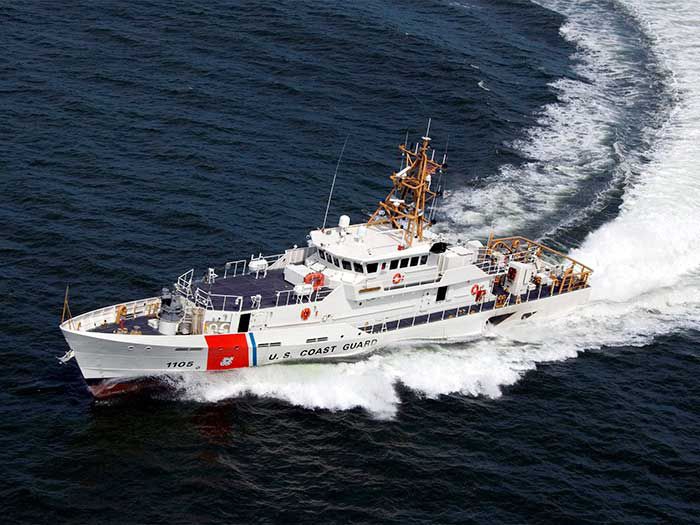 The Coast Guard took delivery of the ship today in Key West, FL, and is scheduled to commission the vessel in Ketchikan, Alaska in April, 2017.

“We are excited to announce the delivery of the latest FRC to the U.S. Coast Guard, the USCGC John McCormick,” said Bollinger President & CEO Ben Bordelon. “This FRC built by Bollinger Shipyards will be stationed in the 17th Coast Guard District in Ketchikan, Alaska and will assist in defending our nation’s interests in the Alaskan maritime region. We are very proud that the FRCs already in commission have seized multiple tons of narcotics, interdicted thousands of illegal aliens and saved many lives. We are also very proud of the fact that our FRC program has surpassed all historical quality benchmarks resulting in truly exceptional vessels that will serve our nation for many years to come.”

The 154 foot patrol craft USCGC John McCormick is the 21st vessel in the Coast Guard’s Sentinel-class FRC program, and the first FRC to be stationed at Ketchikan,

Each FRC is named for an enlisted Coast Guard hero who distinguished him or herself in the line of duty. This vessel is named after Coast Guard Hero John McCormick, who was awarded the Gold Lifesaving Medal on November 7, 1938 for his heroic action in effecting the rescue of Surfman Richard O. Bracken in treacherous conditions in the outer breaks on Clatsop Spit, near the mouth of the Columbia River.