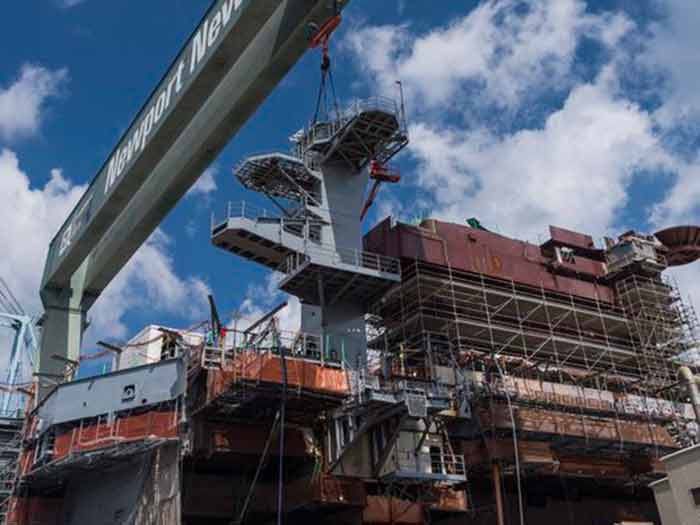 USS George Washington is the sixth Nimitz-class ship to undergo this major life-cycle milestone and the first to have its new radar tower installed as one complete structure instead of two individual units.

“This is a significant engineering, planning and construction improvement,” said Chris Miner, Newport News’ vice president, in-service aircraft carrier programs. “This lift was the result of our  efforts to harness the use of technology, including visual work instructions that allowed us to increase efficiency and productivity. We look forward to continuing to work with our Navy customers to improve our RCOH processes.”

The RCOH began under a planning contract in August 2017 and includes the refueling of the ship’s reactors as well as extensive modernization to more than 2,300 compartments, 600 tanks and hundreds of systems. In addition to the radar tower structure, major upgrades will be made to the island house, flight deck, catapults, combat systems and the island.

The overhaul is expected to be completed in late 2021.