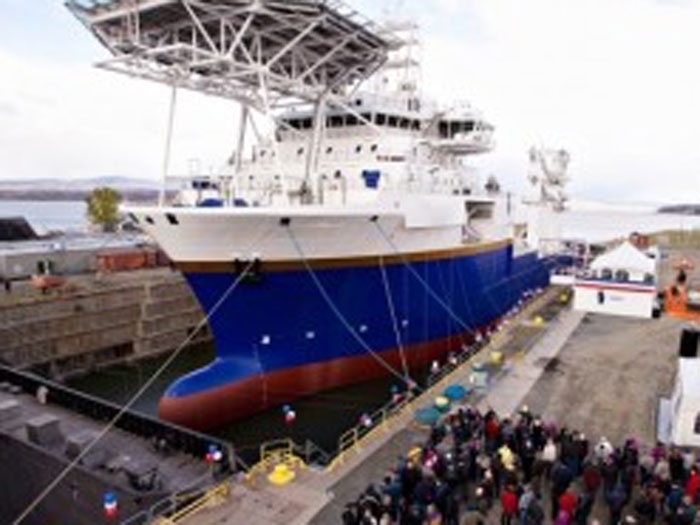 AUGUST 20, 2014 — Seven years later, the first of three construction vessels on order for Cecon ASA at shipbuilder Chantier Davie Canada Inc., Lévis, Quebec, has completed sea trials. Yesterday, Cecon ASA reported the vessel as “is in the process of being handed over prior to departure for the Mediterranean, where she will commence a 10 month contract.”

Cecon ASA also said that subsidiary Rever Offshore AS had signed an agreement extending until August 31 the maturity of senior bonds funded by funds and accounts managed by York Capital Management and affiliates. The bond holders will receive an extension fee of $17,500 per day for each extension days used. Cecon says this provides sufficient flexibility to complete the refinancing of the vessel post delivery.