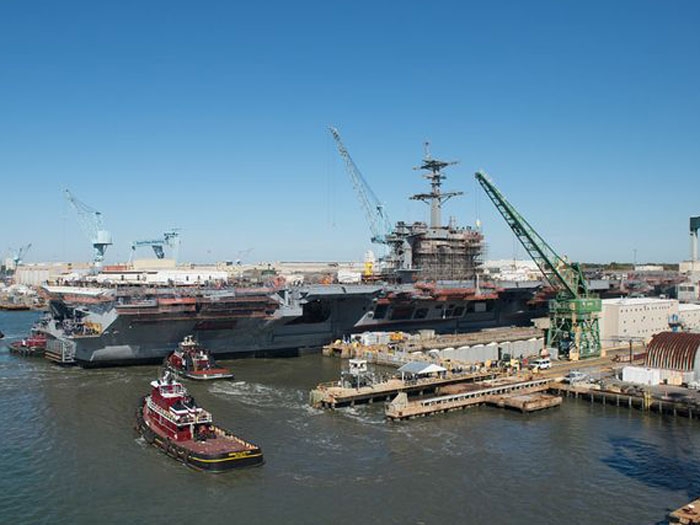 Moored at the shipyard’s Outfitting Berth 1, Lincoln is in the final stages of its RCOH, which will produce a recapitalized carrier capable of supporting current and future warfare doctrine. Once Lincoln’s RCOH is complete, the carrier will be equipped to operate in the U.S. Navy fleet for the second half of her 50-year expected service life.

Shipbuilders and sailors are now beginning to test steam-powered systems on board, including the main engine complex and the electrical generators.

“As steam is reintroduced into Lincoln’s piping systems and equipment is operated, the ship is truly coming back to life,” said Chris Miner, Newport News’ vice president of in-service aircraft carrier programs. “Once the work and final testing, including sea trials, is complete, Lincoln will be redelivered to the Navy as one of the most technologically advanced Nimitz-class carriers in the fleet.”