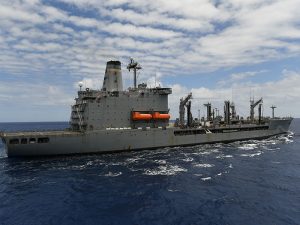 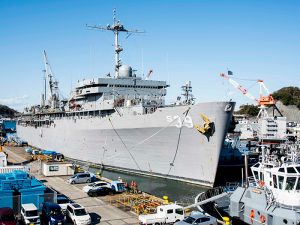 Mare Island Dry Dock LLC, Vallejo, Calif., has been awarded a $33,532,308 firm-fixed-price contract for a 150-calendar day shipyard availability for the regular overhaul and drydocking of the submarine tender USS Emory 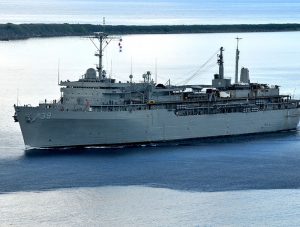 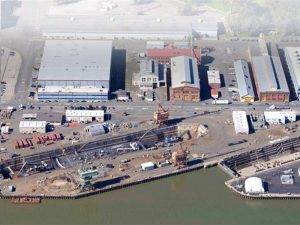 Suisun Bay ships to be recyled at Mare Island

They cover the cleaning and recycling of two Suisun Bay Reserve Fleet ships, the SS Solon Turman and the SS President. The two ships are scheduled to be towed from Suisun Bay to the former Mare Island Naval Shipyard facility in December.

The award is the first made to Allied Defense,which has long been trying to resurrect Mare Island’s closed dry docks.

The two Suisun Bay ships could be delivered to two of the former naval shipyard’s dry docks as early as next month. But the Mare Island Strait must be dredged first.

The Reporter says the company received its overall environmental permits in recent months. It also signed a lease with dock owners Lennar Mare Island in August, and was qualified to bid on ship recycling contracts at the end of September.

The Maritime Administration offered Allied Defense Recycling a “no-bid” contract, citing delays and funding issues in its partnership with a Bay Area ship-cleaning facility that prepares ships for dismantling outside the area, according to The Reporter.

“The Obama Administration is running full-speed ahead in its commitment to cleaning up the Suisun Bay Reserve Fleet,” said U.S. Transportation Secretary Ray LaHood. “These contracts will help the local economy while advancing our mission of maintaining the Fleet in a safe and environmentally-sound manner.”

In October 2009, the Obama Administration called for expedited cleanup of the fleet site and improved protection of the unique marine environment and surrounding bayside communities, setting a goal of removing 57 ships by September 30, 2017. Eleven ships were removed in the past year, surpassing the planned schedule of removing 10 ships in 2010.

“This is further evidence of our commitment to clean up Suisun Bay,” said Maritime Administrator David Matsuda. “The Mare Island recycling facility will bolster our efforts to remove obsolete ships and reduce environmental risks to the Bay.”

MARAD currently cleans the hulls of obsolete ships before towing them nearly 5,000 miles through the Panama Canal to recycling facilities on the Gulf of Mexico or Atlantic coasts. Using the former Mare Island Naval Shipyard site will enable the ships to be recycled while avoiding the lengthy tow to ship recyclers in other areas.

In the past MARAD has sent ships for disposal to recyclers as far away as the U.K. provoking protests and headlines about “ghost ships” and “toxic ships.” 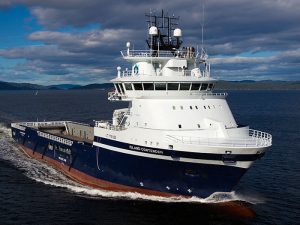 David Loosley has been appointed Chief Executive of the Institute of Marine Engineering, Science and Technology (IMarEST), and will be taking up the role on November 7. 2011. He joins the Institute