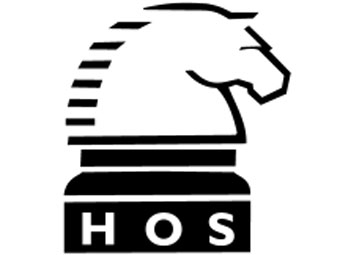 “The results were well above our expectations, even in the midst of a soft GOM market for high-spec OSVs operating in the spot market in the Gulf of Mexico. Results were propelled by higher-than-expected OSV utilization of 86%, which compared with our 77.5% forecast and the 75.3% reported last quarter. High-spec OSV effective utilization of 90% was up from 76% in 1Q14. The average dayrate across the OSV fleet were $27,565/d, compared to our $27,487/d estimate and up $1,328/d sequentially,” he writes.

“A large part of the outperformance was due to excellent results in the MPSV segment. Effective utilization reached 100%, versus our 98.9% estimate and the 85% reported in 1Q14. The 4-vessel MPSV fleet recorded record dayrates as well, which we estimate to be in excess of $130k/d, against our $105k/d forecast. Notably, much of the dayrate boost was due to the company’s spot market strategy, as HOS was able to take advantage of a particularly strong MPSV spot market in the quarter. Hornbeck has since signed one of the vessels to a longer-term, lower rate contract for the second part of the year; as a result the company will not replicate the record dayrates seen in 2Q. However, our estimates (and we expect the Street’s) do not assume that the 2Q performance would repeat. Additionally, the contracting of the HOS Achiever on a flotel job in the GOM through 3Q15 has boosted the 2015 contract backlog in the MPSV segment to 20%.

“Forward guidance for the effective dayrates for OSVs operating on term contracts was unchanged at $23k-$24k/d for the full year 2014. The high end of full-year 2014 opex guidance was also reduced from $310 million to $305 million. The company shifted its planned drydocking schedule around, lowering the number of vessels undergoing work in 2014 but lifting total days and costs slightly. 2015 will see lower maintenance capex costs than previously expected. The company took delivery of two OSVs in the quarter, but the delivery schedule for the remaining ten was slightly delayed; two OSVs will be delivered in 3Q rather than the four originally planned, with the remaining vessels delivered in 4Q (4) and 1Q15 (4). We do not view the slight delays as a negative, given the current softness and expected pick-up in GOM activity toward the back half of the year.”