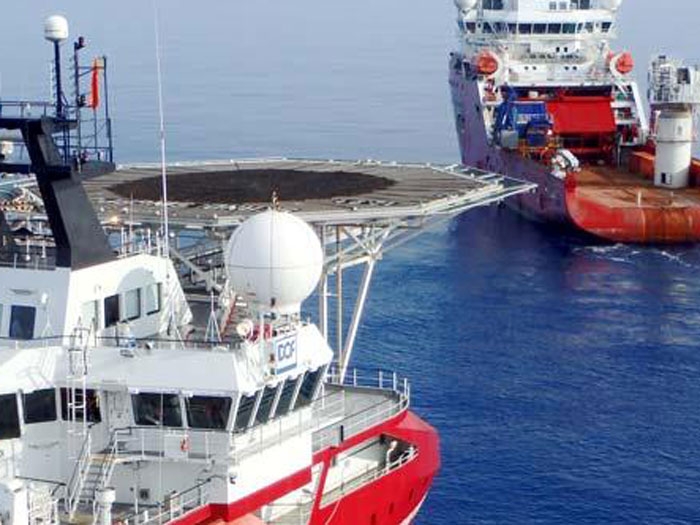 APRIL 20, 2016 – Bergen, Norway, based DOF Subsea, a subsidiary of DOF ASA, reports that it has been awarded several IMR and subsea installation contracts the past months, with a total contract value in excess of NOK 500 million (about $61.4 million).

In the Asia Pacific region DOF Subsea has been awarded an LOI from a key client for a EPCI project with the offshore phase during first half 2017. The scope of work includes supply chain management services for the fabrication and supply of mooring chains, replacement of eight mooring legs and PM&E.

In the Atlantic region, DOF Subsea has been awarded several contracts the past months. A highlight was the award of an FPSO mooring installation and hook-up contract by Yinson Production offshore Ghana, on the Eni operated OCTP field.
The contract will secure utilization of the Atlantic organization and regional subsea vessels in Q4 2016 and Q1 2017, and the project will increase DOF Subsea’s presence in West Africa.

Other highlights were the award of a 5-year pipeline inspection frame agreement for Maersk, and survey work for Nexans relating to the NordLink cable, connecting the Norwegian and German electricity markets. DOF Subsea also won repeat subsea work for Statoil, Maersk and other clients in the region.

In the North America region, DOF Subsea has been awarded several contracts with key clients in the Gulf of Mexico and offshore Canada. The scope of work includes survey, IMR and light construction. To service the contracts offshore Canada, DOF Subsea will charter the DOF-vessel Skandi Chieftain for a 100-day job, in addition to increasing the number of ROV systems deployed in the region.

“I am pleased with the contract awards, securing utilization of people and assets,” said CEO Mons S. Aase. “The FPSO  award offshore Ghana, as well as allocating an additional vessel to the Canadian market, increases the Group’s global presence and improves our market access. This in combination with securing repeat business for our key clients will be important going forward.”