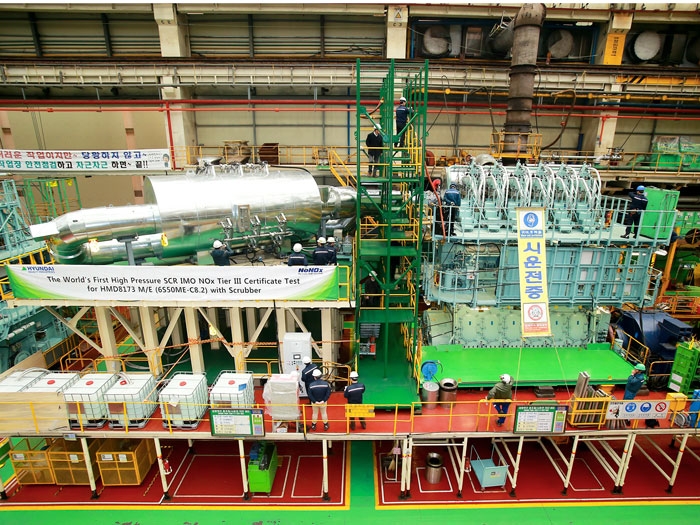 HHI completed the certification testing of the HP SCR, the product of an 18-month long research and development project, in December 2015 in the presence of DNV-GL.

The HP SCR can reduce NOx emission up to 99 percent by using ammonia as a catalyst, achieving compliance with IMO NOx Tier III requirements.

The first HP SCR is slated to be installed in a 20,600 cu.m LPG carrier under construction at Hyundai Mipo Dockyard, a shipbuilding affiliate of HHI, on February 5, 2016.

“The eco-friendly marine engine add-on already draws keen attention from major shipping companies in that it can run on heavy fuel oil that costs half as much as marine gas oil,” says HHI.

HHI has won orders for five HP SCR to date and has set an annual order target of more than 100 units by 2018.