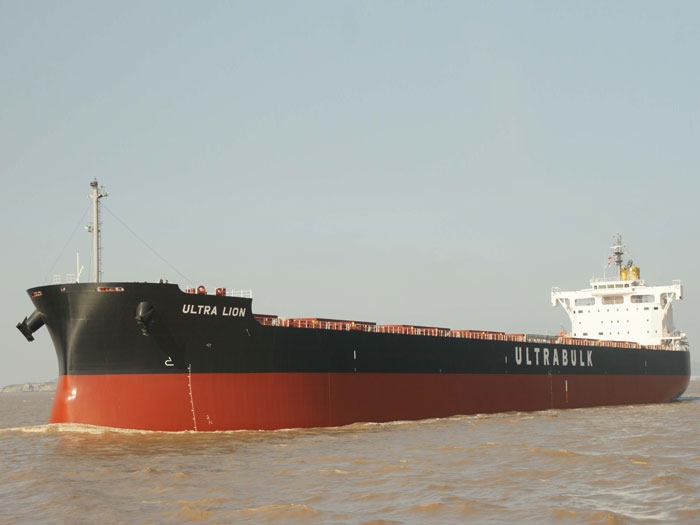 Developed by Tsuneishi and now an industry standard, Kamsarmax bulkers have the maximum length enabling them to enter Port Kamsar, a major bauxite shipping port in the Republic of Guinea, West Africa. To create the Kamsarmax, Tsuneishi increased the ship’s length by 4 m compared with conventional 76,000 dwt class Panamax bulkers to 229 m, increasing its DWT while keeping the beam within Panama Canal limits, thus increasing transportation efficiency.

Including ships on order,  at the end of December 2014, with total sales closely approaching 300, the Kamsarmax is Tsuneishi’s best selling ship ever.

Tsuneishi says that ever since the first design model was fully accomplished in 2002, it has kept abreast of international rules, developing products that not only comply with current regulations, but also match and satisfy the user’s needs.

In joint studies with the research institutes of Hiroshima University and the Monohakobi Technology Institute, data was gathered from tests using large towing tanks and 1/10 scale models to recreate real sea conditions in order to find optimal solutions in improving the vessel’s energy-saving capabilities and propulsion performance.

Features such as MT-FAST (to improve propulsion efficiency) and SEAWORTHY (to reduce wave resistance) were introduced in the 2006 improved model of the Kamsarmax.

In 2010, the model was further enhanced with a high-efficiency, low-vibration propeller developed with TOP-GR technology which, together with the refined hull shape, boosts propeller propulsion capability, as well as having an engine that complies with the NOx emission reduction regulation.

With the 2012 Kamsarmax, Tsuneishi Shipbuilding made the electronically-controlled engine standard for all its products.

Tsuneishi Shipbuilding delivers about  60 vessels per year, focused on 30,000 dot to 180,000 dot class bulk carriers from its Tsuneishi shipyard in Japan, and two foreign yards located in the Philippines and China.