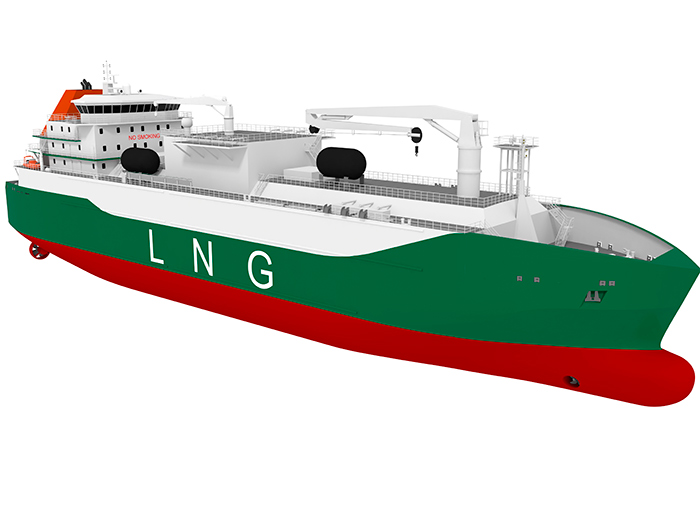 Singapore’s Sembcorp Marine has been awarded a contract by for the design and construction of a 12,000 cu.m LNG bunker vessel slated for delivery in early 2021.

To be built at its Tuas Boulevard Shipyard for a subsidiary of Mitsui OSK Lines (MOL), the vessel will operate on a long-term charter contract to Pavilion Gas Pte Ltd, which has signed an agreement with Total Marine Fuels Global Solutions to share utilization of the vessel

Pavilion Gas is a subsidiary of Pavilion Energy which is owned by Singapore’s state-owned investment company Temasek.

The 112 m long and 22 m wide LNG vessel will have two GTT Mark III Flex membrane tanks with a combined 12,000 cu.m capacity, making it the largest vessel of its kind to be built in Asia.

The ship will have dual-fuel engines running on LNG or marine diesel oil with main propulsion being by two azimuth thrusters. Speed will be 11.5 knots.