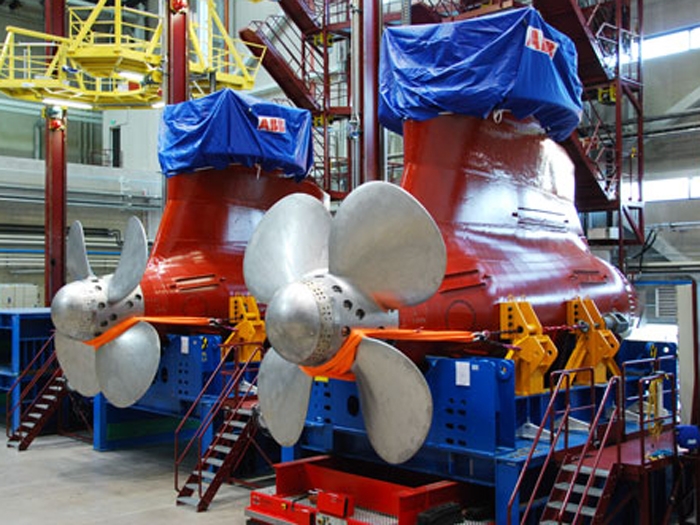 MAY 16, 2015 — ABB, a global leader in power and automation technology, has secured a new order to supply electric power plant and Azipod propulsion units for the icebreaker ordered earlier this year by the Finnish Transport Agency (FTA) at Arctech Helsinki Shipyard (see earlier story).

ABB won the order after competitive bidding was done between several suppliers.

Due for delivery in 2016 and set for operation in the Baltic Sea, the dual fuel vessel will be the first icebreaker able to operate on liquefied natural gas (LNG) as a fuel, cutting both emissions and fuel cost.

Central to the vessel’s performance  will be its three-pod propulsion solution, with a 6 MW Azipod unit at the bow and two 6.5 MW units at the stern to optimize efficiency and maneuverability, particularly in ice-ridge conditions.

“The safety of seaborne transport in the Baltic Sea is under political and regulatory scrutiny as never before, making FTA’s preference for ABB’s power and propulsion technology based on our proven references” says Heikki Soljama, head of ABB’s Marine and Cranes business unit. “Once more, the system’s performance and its ease of maintenance have proved critical factors in the selection process. It is no coincidence that the most forward-looking icebreaker designs invariably feature podded propulsion.”

The new Finnish icebreaker continues a long cooperation between ABB and Helsinki shipyard. Back in year 1987, the Azipod propulsion system was developed in close cooperation between ABB and Helsinki shipyard combining the expertise of electrotechnical experts and shipbuilders. ABB’s role in supplying icebreaker electric propulsion technology to the Finnish market back goes back 75 years, to the 1939 delivery of the icebreaker Sisu.

ABB has delivered electric propulsion systems to over 80 icebreakers or ice-going vessels with a propulsion power of up to 36 MW.