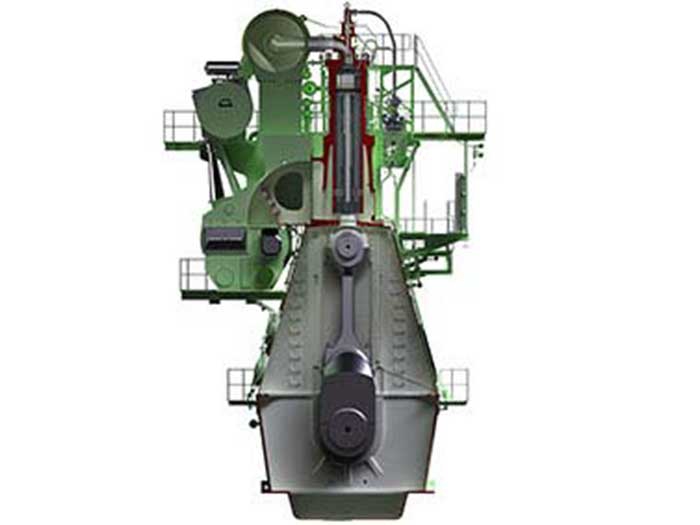 SEPTEMBER 14, 2016 — Just six years after its introduction, MAN Diesel & Turbo has confirmed an order for its 1,500th G-type engine.

The crude carriers are due for delivery from the shipbuilder in, respectively, February and April, 2018. In both instances, the engine is Tier III-compatible.

Ole Grøne, Senior Vice President – Two-Stroke Promotion & Sales, MAN Diesel & Turbo, said: “The success of our ultra-long-stroke portfolio is a fantastic story for us. That we have already clinched orders for 1,500 G-type engines since the G-type’s launch just a few short years ago is remarkable; the G-type is easily the fastest selling engine we have ever had.”

The order that Almi placed in 2012 was also for two 7G80ME-C9 units for another two VLCCs.

HHI reported that the engine, at that time the world’s first MAN B&W 7G80MEC9 unit, passed its official shop test in January 2013.

MAN Diesel & Turbo’s G-type program entered the market in October
2010. The “G” prefix before an engine means it has a design that follows the principles of the large-bore, Mark 9 engine series that MAN Diesel & Turbo introduced in 2006 with an ultra-long stroke that reduces engine speed, paving the way for ship designs with an unprecedented high-efficiency.

Following efficiency optimization trends in the market, MAN Diesel & Turbo thoroughly evaluated the possibility of using even larger propellers and thereby engines with even lower speeds for the propulsion of tankers and bulk carriers. Being more compatible with propellers with larger diameters than designs, these vessels are able to facilitate higher efficiencies following adaptation of the aft-hull design to accommodate the larger propeller.

It is estimated that these updated aft-ship designs with the G-series of engines offer potential fuel-consumption savings of some 4-7%, with a similar reduction in CO2 emissions. Simultaneously, the engine itself can achieve a high thermal efficiency using the latest engine process parameters and design features.