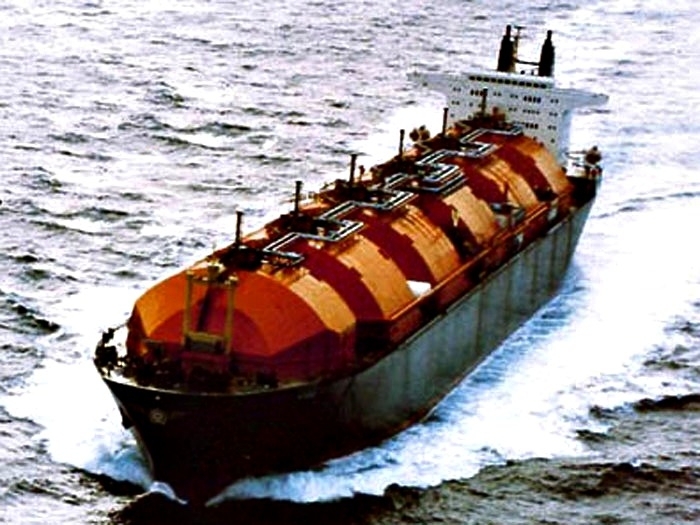 SEPTEMBER 5, 2014 — A subsidiary of Singapore’s Keppel Corporation is loaning US$21,688,029 to a subsidiary of Golar LNG as part of the arrangements that will see Keppel Shipyard perform the world’s first-of-its-type conversion of a Moss LNG carrier, the Hilli, into an FLNGV (Floating Liquefied Natural Gas Production Vessel).

Additionally, Keppel Shipyard reported that it is in the process of finalizing contracts with Golar Gimi Limited, a subsidiary of Golar LNG, to perform the conversion of a second Moss LNG carrier, the Gimi, into an FLNGV, marking the exercise of the first of two options under the Hilli contract.

Separately, Keppel Corporation announced that an indirect wholly-owned subsidiary, KSI Production Pte Ltd, yesterday entered into a sale and purchase agreement to acquire 50 ordinary shares, representing a 10% shareholding interest in the total registered issued share capital of Golar Hilli Corporation, the owner of the Hilli, from Golar GHK Lessors Limited at a consideration of US$1 per acquired share. As part of the acquisition, KSI will also be extending a shareholders’ loan of US$21,688,029 to Golar Hilli, representing 10% of the total amount of shareholders’ loan extended to Golar Hilli, taking into account Golar Hilli’s capital expenditure.

KSI has also entered into a shareholders’ agreement with Golar GHK and Golar Hilli that will take effect upon completion and that says, among other things, that Golar Hilli may issue cash calls on a pro rata basis to shareholders for future funding requirements for the construction, deployment, and commissioning of Hilli based on the anticipated budget limit of US$1.3 billion including contingency.

Keppel says that “the acquisition strengthens the alignment of strategic interests between Keppel Shipyard Limited and Golar LNG Limited, and reflects Keppel’s confidence in the prospects of Golar Hilli, the world’s first FLNGV conversion project. The company also believes that this investment will provide an attractive risk-adjusted return.”

The aggregate cash consideration of US$50 was arrived at on a willing buyer willing seller basis, taking into account the book value and net tangible asset value of the Acquired Shares, being US$50 as at 1 September 2014, and was funded through the internal working capital of KSI.

The work scope for Keppel Shipyard in converting the Gimi is expected to be similar to that for the Hilli. Keppel Shipyard will be responsible for the provision of the design, detailed engineering and procurement of the marine systems and all of the conversion-related construction services. It is also expected that Keppel Shipyard’s scope will include engaging Black & Veatch to provide design, procurement and commissioning support services for the topsides and liquefaction process. Black & Veatch’s established PRICO technology is expected to be selected for the liquefaction process.

Mr. Michael Chia, Managing Director (Marine & Technology), Keppel O&M, said, “We are happy that Golar LNG is looking into their second FLNGV conversion, and is finalizing discussions with Keppel Shipyard to perform this second conversion. We look forward to the opportunity to collaborate once again with Black & Veatch, our trusted partner for the first conversion, on this potential second project. We are confident that together with Black & Veatch, we will be able to perform this second conversion to the high standards expected of us.

“This advanced discussion for the conversion of the GIMI, which follows just two months after the first firm contract with Golar Hilli, is testament to the industry’s positive reception to FLNGV conversion solutions and its potential to bring small and mid-scale Liquefied Natural Gas (LNG) to market, ahead of other competing solutions.”