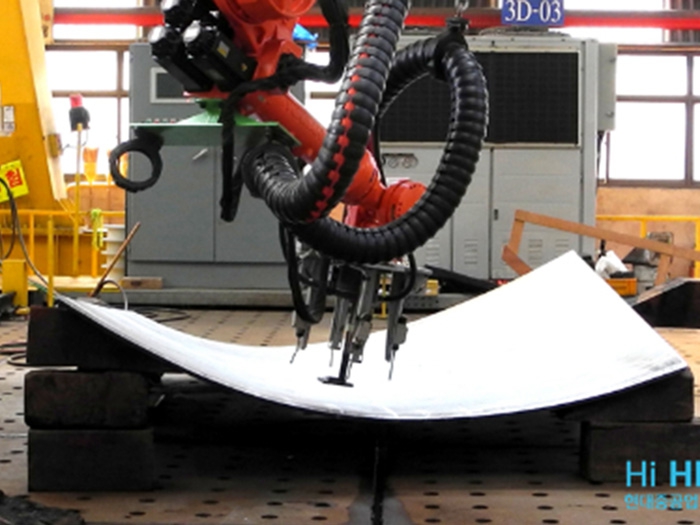 The shipbuilder says its Songming Robot System is based on IoT (Internet of Things) and automation technology, and has been validated in actual shipyard conditions for over a year.

Hyundai says it has succeeded in automating and standardizing the molding process with a 6-axis articulated robot equipped with an automatic heating line generation function.

Hyundai Heavy Industries says the success was achieved through the fusion of robot and ICT (information and communication) technology and that it is actively engaged in the fusion of ICT and shipbuilding technology, establishing an ICT planning team last year and recruiting a Chief Digital Officer (CDO).

The shipbuilder is now developing intelligent robots for ship welding and painting automation that can recognize the complicated working environment by themselves and move and work on their own.