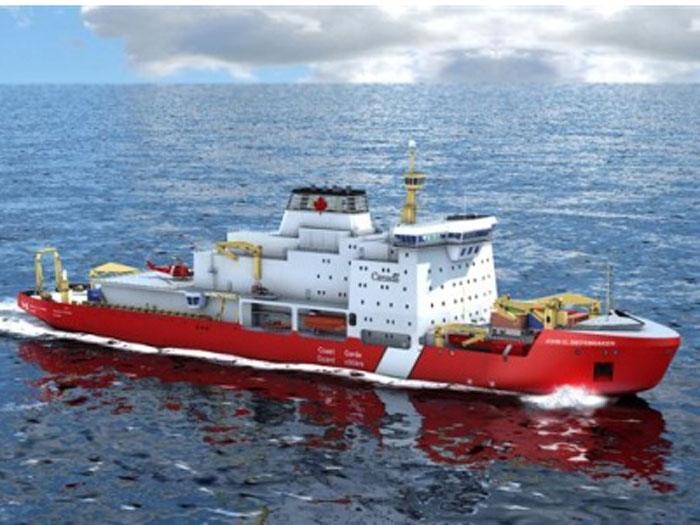 MARCH 10, 2016 — The Canadian Press news agency is reporting that Quebec shipbuilder Chantier Davie Canada, Inc. has submitted an unsolicited bid to the Canadian Government, worth potentially up to $1 billion, to provide a Polar Class 3 icebreaker to the Coast Guard along with three smaller River Class icebreakers and two multipurpose vessels that could be used for scientific research, border patrol of search and rescue.

Davie used a similar approach to win the current contract under which it is converting a containership to be leased as an interim fleet oiler for the Royal Canadian Navy.

Davie had previously pitched a proposal to build a Polar Class icebreaker to the previous Conservative Government, which rejected it, in 2013.

If the latest proposal is accepted by the Trudeau administration it will put a large dent in the National Shipbuilding Procurement Strategy, a creation of the Conservative Government that threatens to become a money pit and that has not been been embraced with any great enthusiasm by the new administration.

A point made in the Davie proposal is that it could deliver the ships a whole lot sooner than as presently foreseen.

An interesting aspect of the latest Davie pitch is that it is, according to the Canadian Press report, based converting three different types of vessels which Davie already has under construction—or can be obtained on the international market “at highly affordable prices.”

The story says that “some of the ships were being built for the offshore oil and gas sector, but the collapse in energy prices has led to their cancellation.”