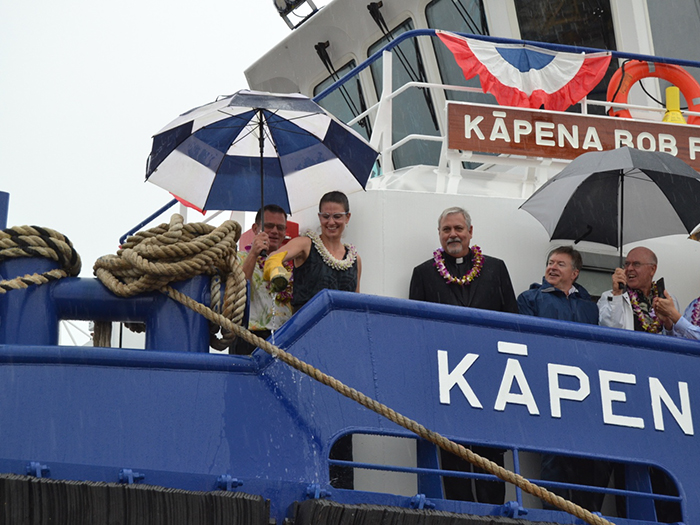 The ceremony was held at Conrad’s Amelia shipyard in Amelia, La., on May 4.

Kāpena means Captain in Hawaiian, and the Kāpena Bob Purdy is the fourth in a series of Conrad-built tugs, all named for legendary Captains in Young Brothers’ 100-year history of operation.

Conrad Senior Vice President, Dan Conrad, commented on the vessel: “This beautiful tug is a testament to the hard work of what we believe to be among the industry’s finest shipbuilding teams. She is validation of our founding principles of Safety, Quality, Craftsmanship, Integrity and Service; and, she is a perfect example of our founder and my grandfather’s advice to ‘only build vessels worthy of bearing the Conrad name’,” he said.

The Kāpena Bob Purdy is scheduled for sea trials by month’s end and will  be delivered to Young Brothers immediately thereafter.