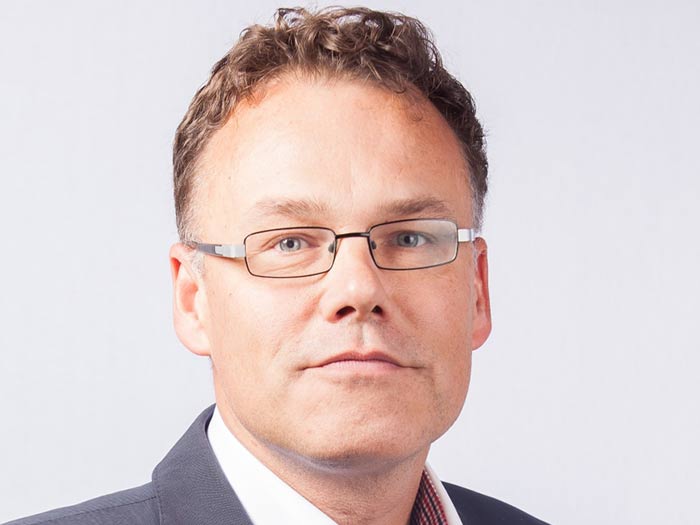 René Diks, Head of Exhaust Gas Cleaning Systems at Alfa Laval: “The positive results from our project with NMRI Japan show that scrubber technology could also play a role in removing carbon at sea.”

The CO2 capture testing project was designed to provide real-world validation of results achieved in the lab. As it required a proven, full-scale hybrid scrubber system, Alfa Laval PureSOx played an important role in the test. The Japanese shipowner associated with the research, who had installed PureSOx for SOx compliance on a newbuild, arranged with Alfa Laval and the shipyard to include the testing in the vessel’s sea trials.

“Alfa Laval PureSOx is a proven solution with a long track record in SOx abatement,” says René Diks, Head of Exhaust Gas Cleaning Systems at Alfa Laval. “The positive results from our project with NMRI Japan show that scrubber technology could also play a role in removing carbon at sea.”

CCS is a potential bridge technology, offering the possibility to extract carbon from emissions until carbon-neutral fuels become more viable. In a full CCS solution, carbon removed from a vessel’s exhaust gas would be stored away to prevent it from ever entering the atmosphere. For this project, the scope was limited to showing that a scrubber could perform the CO2 capture on board. The modified PureSOx system was able to absorb CO2 from the auxiliary diesel engines in port, while operating in closed loop.

“Both short-term and long-term solutions will be needed to achieve IMO greenhouse gas emission reduction targets,” says Diks. “Much development is needed before CCS can be deployed at sea, but this preliminary testing showed clear potential in the approach. Though designed to remove SOx, PureSOx demonstrated its ability to remove CO2 while operating in closed loop.”

The research with NMRI Japan is one of many Alfa Laval projects with sustainability in focus. Alfa Laval is a member of the Getting to Zero Coalition and a Strategic Corporate Partner in Maersk Mc‑Kinney Møller Center for Zero Carbon Shipping. In addition, there are numerous collaborations taking place at the Alfa Laval Test & Training Centre in Aalborg, Denmark.

“Decarbonizing the marine industry will demand a wide range of emission-reducing technologies in addition to new fuels,” says Diks. “The only way to achieve those leaps is to explore possibilities together, across the industry and around the world. We at Alfa Laval are proud to contribute with our expertise, technologies and development resources.”