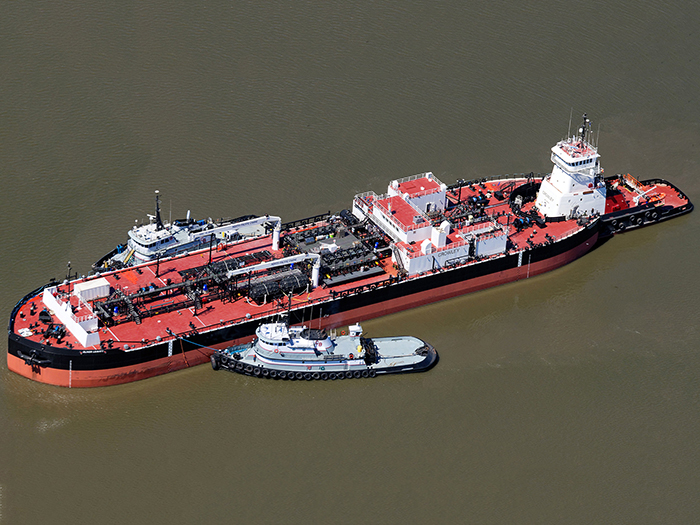 The ATB barge is named Oliver Leavitt, in honor of former Arctic Slope Regional Corporation chairman and current member of the corporation’s board of directors, with the tug bearing the name Aveogan, his Iñupiat name. [Image: Bollinger Shipyards]

The ATB is the first in Crowley’s fleet to be dedicated to the Alaska market. The barge is named Oliver Leavitt, in honor of ASRC’s former chairman and current member of the corporation’s board of directors, with the tug bearing the name Aveogan, Leavitt’s Iñupiat name.

The ATB was constructed at the Bollinger Marine Fabricators shipyard in Amelia, La., with on-site construction management by Crowley Shipping, which designs, manages the construction of and operates a range of vessel types, including tank vessels.

“We are pleased to take delivery of this high-performance ATB, Aveogan-Oliver Leavitt, and look forward to getting her up to Alaska to begin serving our partners at Petro Star,” said Rocky Smith, senior vice president and general manager, Crowley Fuels. “We congratulate the men and women at Jensen who designed the vessel and the team at Bollinger Shipyards who built it.”

“On behalf of the many talented craftsmen and craftswomen and a strong operational support group, the Bollinger team is proud to have built this ATB for Crowley Fuels,” said Bollinger Shipyard’s President and CEO Ben Bordelon. “This contract to build another Jones Act classed ATB unit has created many jobs for U.S. mariners, shipyards and ancillary vendors.”

“The new vessel’s advanced design and environmental protection features mark a new era for fuel transportation services in Alaska,” said Rick Meidel, vice president and general manager, Crowley Fuels Alaska. “She will give many years of safe and reliable service for our valued customer Petro Star.”

In addition, the ATB features a patent-pending closed loop, freshwater ballast system whereby the tug’s ballast will be transferred to-and-from a retention tank on the barge to account for fuel burn. The design has been approved by the USCG and will eliminate the need to discharge tug ballast water into the sea.

The tug is equipped with a fire monitor and foam proportioner, providing off-ship firefighting capabilities to the barge. The barge is also outfitted with spill response gear and a hydraulic boom reel with 2,000 linear feet of inflatable boom to support spill response efforts.

The ATB was designed under the Safety of Life at Sea (SOLAS) Convention and it will be classed with the American Bureau of Shipping (ABS). The vessel was built with enhanced features to benefit the crew, including 45-degree sloped staircases, interior sound deadening and dedicated heads in each cabin.

Crowley operates and manages the largest U.S.-flag petroleum and chemical tank vessel fleet in the country, including 40 other Jones Act qualified large petroleum transportation vessels that carried nearly 590 million barrels of product with more than 6,200 transfer in 2019. 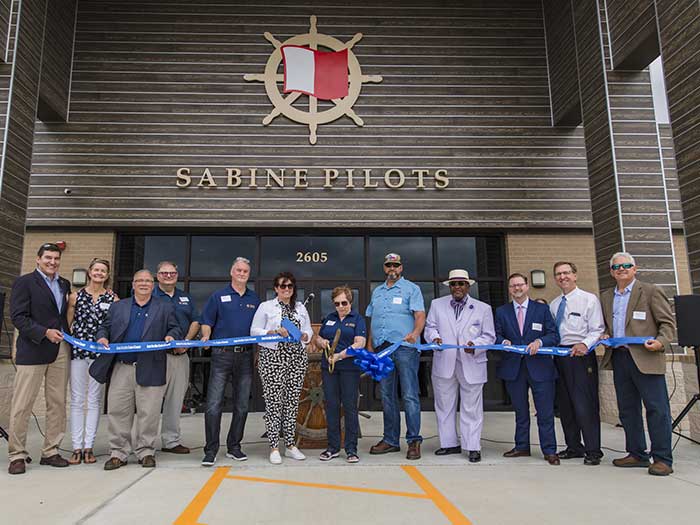 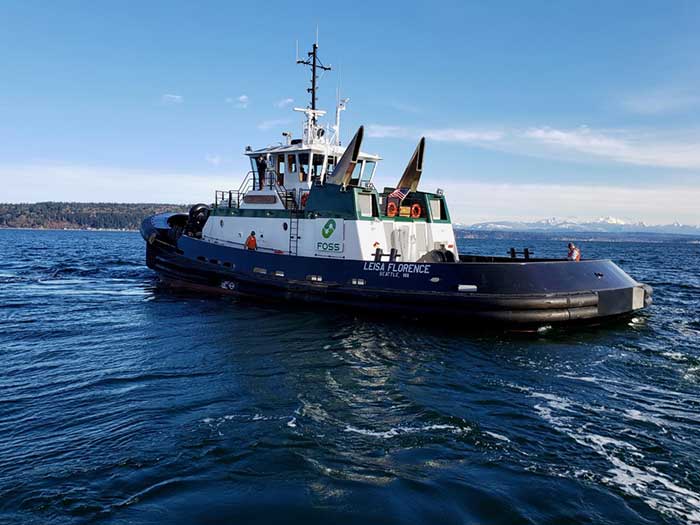 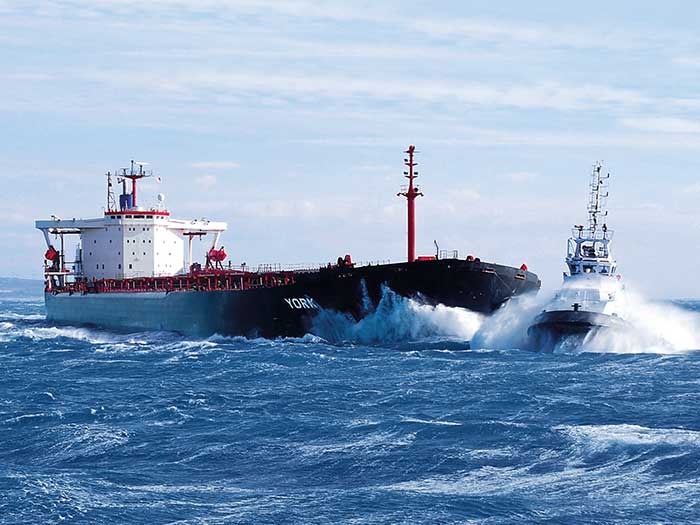