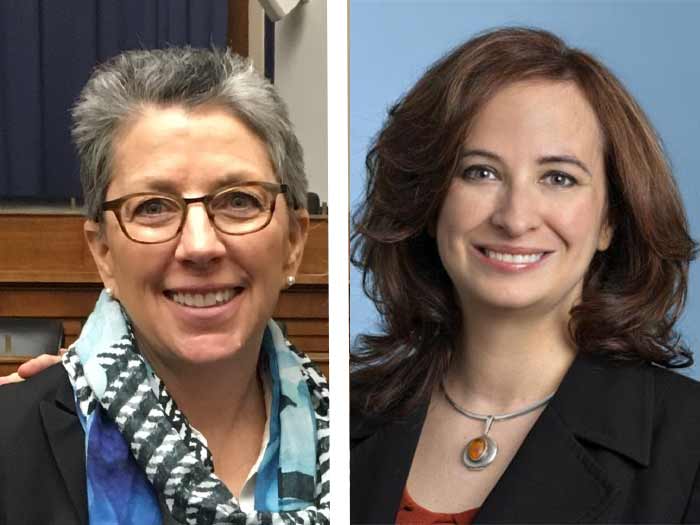 The Board of Directors of the National Waterways Conference, Inc. reports that longtime NWC President Amy Larson will step down at the end of the year. Julie Ufner will take over as President and CEO effective November 4, 2019, ensuring a seamless leadership transition.

“My goal is to build on the successes of Amy and the NWC membership,” said Ufner. “NWC is the only national organization advocating for water resources issues with a collective membership representing navigation, flood control, water supply, hydropower, and recreation sectors. I am honored to become a part of this well-respected organization,” Ufner said.

Previously, Ufner held several other positions in Washington, D.C., including Associate Legislative Director for Environment, Energy and Land Use at the National Association of Counties (NACo). Since 2002, she has worked with NACo’s 3,069 counties on the development and implementation of federal policies with the U.S. Congress, the White House, and numerous federal agencies, including the U.S. Army Corps of Engineers and the Environmental Protection Agency. Ufner began her career in Washington with U.S. House of Representatives member Phil English (Pa.) who served on the Ways and Means Committee.

Announcing the Board’s decision, newly elected Chairman David Yarbrough, Director of the Tulsa Port of Catoosa, stated, “We are thrilled that someone with Julie’s expertise and experience will take the helm. She is a successful policy advocate, and well respected for her stakeholder engagement and partnership building acumen.”

“It has truly been an honor and a privilege to have worked with so many dedicated professionals for the past eleven and a half years,” said Larson, who has served as NWC’s President since March 2008. “My decision to step down was not easy, but I know that NWC will continue as the nation’s premier water resources organization under Julie’s leadership. I will be forever grateful to have had the opportunity to lead this amazing group of people. Their dedication and support for me personally and for the nation’s water resources reflect their integrity, commitment and professionalism.”

The immediate past Chairman, Randy Richardson, Executive Director of the Port of Memphis, said, “NWC has been extremely fortunate to have had an exceptional leader like Amy Larson as President for the last eleven years. I look forward to Julie’s tenure and wish Mrs. Larson great success as she transitions to consulting on water resources policy issues in Washington, D.C.”