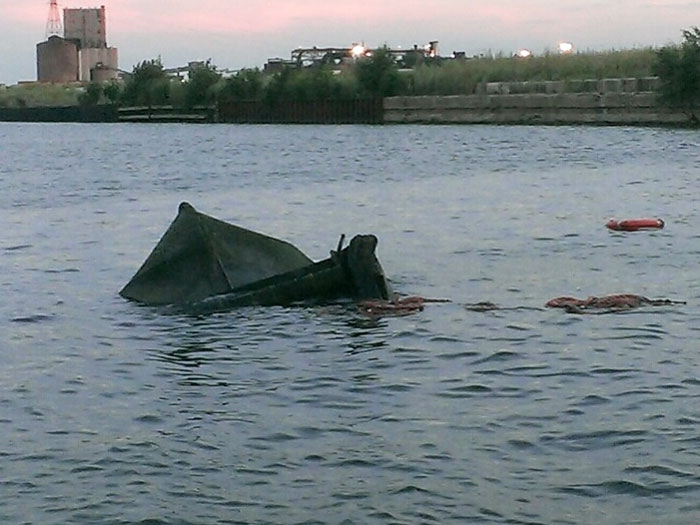 AUGUST 28, 2014 — The Coast Guard yesterday responded to the capsizing of a tug on the Calumet River near the 106th St. Bridge in Chicago in which two crew members were able to escape and swim to shore.

The Coast Guard is not releasing the names of those involved.

One of the crew member contacted watchstanders at Coast Guard Sector Lake Michigan with a marine band radio on channel 16. Watchstanders directed the launch of a crew on board 25-foot response boat from Coast Guard Station Calumet Harbor.

Once on scene, the Coast Guard crew confirmed that all crew members were accounted for and that there were no injuries.

Personnel from Coast Guard Marine Safety Unit Chicago are determining if there is any pollution in the water from the vessel, and beginning an investigation into the cause of the incident.