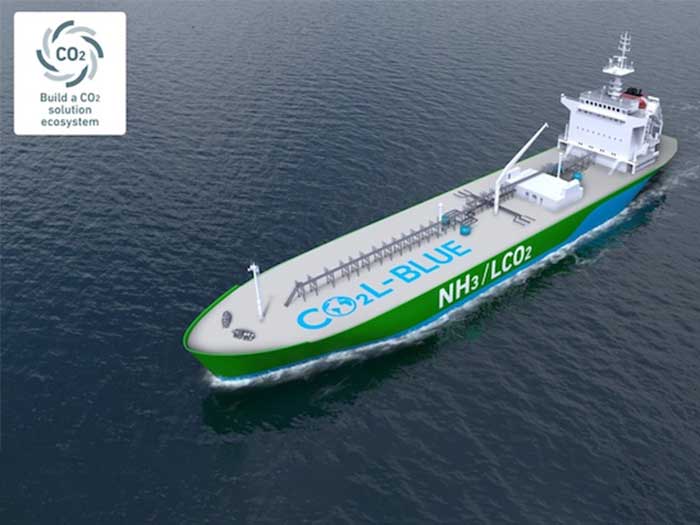 Concept ship is designed to carry ammonia on its outward journey, and LCO2 on the return trip.

Following an extensive study conducted with Mitsui O.S.K. Lines (MOL), Japan’s Mitsubishi Shipbuilding has completed a concept study for the design of an ammonia/liquefied CO2 carrier capable of transporting both ammonia and liquefied carbon dioxide (LCO2).

The study carried out with MOL indicates that this type of vessel has the potential to become mainstream in the LCO2 carrier market by being flexible enough to meet projected increases in demand for transporting both ammonia and LCO2.

Ammonia is a source of stable clean energy projected to be used widely in the future, while LCO2 carriers will play an important role in the emerging carbon dioxide capture, utilization, and storage (CCUS) value chain.

The vessel developed through the concept study is designed to carry ammonia on its outward journey, and LCO2 on the return trip. Specific carriers for each material normally run empty on their return voyage, so a ship able to handle both substances will increase operational efficiency, and contribute to enhanced transportation efficiency overall.

Mitsubishi Shipbuilding says it will continue to further develop the technology based on the knowledge acquired and technical issues encountered through this project. It aims to commercialize the vessel in cooperation with marine-related corporations and petroleum development corporations