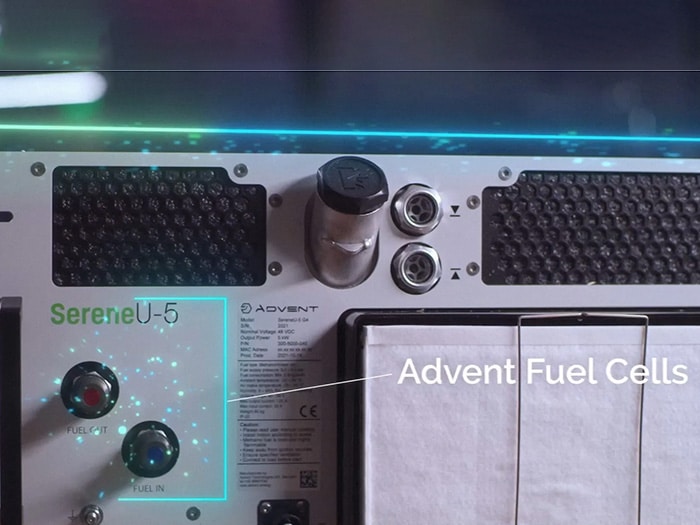 Funded by the Danish Energy Technology Development and Demonstration Program (EUDP) the project is a joint effort between Advent, Alfa Laval and a group of Danish shipowners. The project will focus on testing Advent’s methanol-powered HT-PEM fuel cells as a source of marine auxiliary power. During the course of the project, the fuel cell system will undergo a risk assessment by a leading international classification society.

At the same time, the project aims to integrate the next generation of Advent’s fuel cells. These fuel cells will be based on Advent’s next-generation membrane electrode assembly, which is currently being developed within the framework of L’Innovator, the company’s joint development program with the U.S. Department of Energy’s Los Alamos National Laboratory, Brookhaven National Laboratory, and the National Renewable Energy Laboratory.

Aiming to meet the ever-growing power requirements of the maritime industry, Advent’s next-generation fuel cells are expected to demonstrate a significant increase in lifetime, efficiency, and electrical output.

Advent says its technology enables its fuel cells to operate at high temperatures of between 160°C and 220°C and serve as a reliable source of on-demand power across various applications and industries, including shipping, power generation and heavy-duty mobility. The company’s HT-PEM technology can utilize low-cost and abundant hydrogen-carrier fuels, like methanol, e-methanol and biomethanol.

Methanol in particular has attracted substantial interest as a future fuel for the marine industry, and Advent says its HT-PEM fuel cells “operate perfectly” on methanol, using an integrated reformer.

“The Advent team is dedicated to accelerating the decarbonization of the shipping industry,” said Dr. Vasilis Gregoriou, Advent Technologies’ chairman and CEO. “Our Serene fuel cells run on methanol – a clean alternative to fossil fuels – which is safer to handle than hydrogen gas and can be easily deployed on-site. Over the past months, we have received significant interest from the marine industry for our methanol-powered fuel cells. This gives us optimism about the future and our contribution to the industry’s goal of net zero by 2050. We look forward to the successful completion of this highly innovative EUDP-funded project and further progressing our collaboration with Alfa Laval.”

“We are excited to see the result of this promising collaboration with Advent, an experienced partner with innovative fuel cell products deployed in the field today,” said Jeroen van Riel, Alfa Laval’s business development manager for marine energy solutions. “We are convinced that HT-PEM technology has great maritime potential and look forward to further exploring Advent’s differentiated technology as the marine industry moves towards decarbonization.”