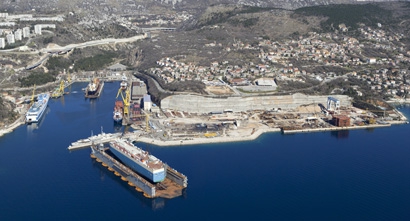 Work will be performed in Rijeka, Croatia, and is expected to be completed by July 2017. Working capital contract funds in the amount of $20,998,341 are obligated at the time of award, and will not expire at the end of the fiscal year.