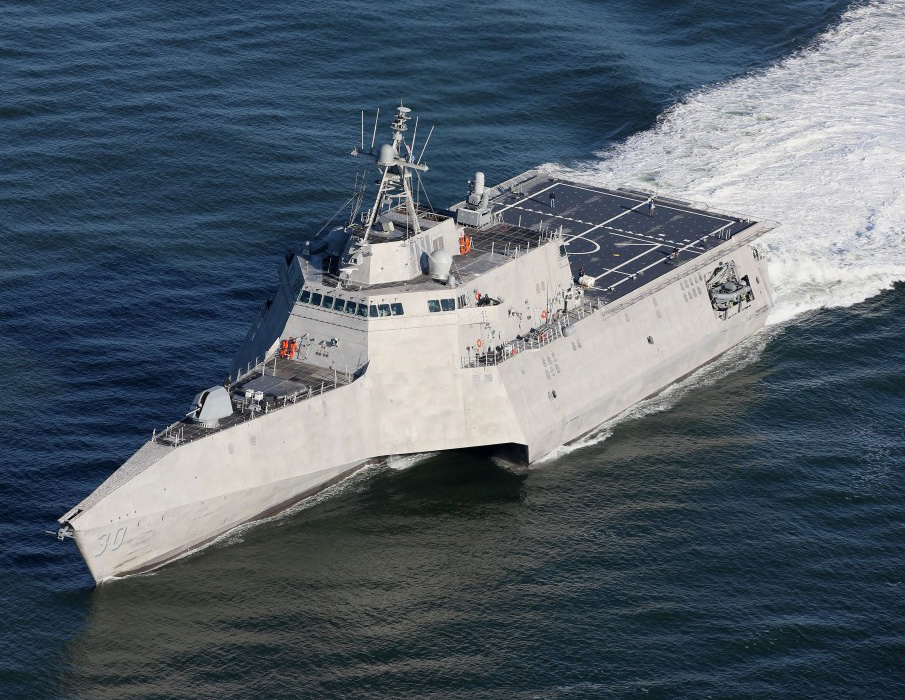 In its second littoral combat ship delivery this year, Austal USA has delivered the future USS Canberra (LCS30) to the United States Navy.

“We were honored to have Senator Marise Payne lay the keel for the future USS Canberra in March 2020, and now we’re very pleased to be delivering the completed vessel to the Navy, on time and on budget,” Gregg said. “Canberra is the 15th Independence-class Littoral Combat Ship that Austal USA has delivered to the U.S. Navy, since 2010; an outstanding track record for a multi-billion-dollar program, comprising 19 ships in total.

“Add on the twelve Spearhead-class Expeditionary Fast Transport (EPF) vessels that Austal USA has also delivered, during roughly the same timeframe, and you get a clear picture that our Mobile, Alabama shipyard is an incredibly efficient, value-adding asset within the United States’ defense industrial base.”

LCS 30 is the second U.S. Navy ship to honor the loss of the Australian cruiser HMAS Canberra during the Battle of Savo Island in World War II. The first USS Canberra (CA 70/CAG 2) was a Baltimore-class cruiser and later a Boston-class guided-missile cruiser. The ship entered service in 1943 and served in the Pacific theater during World War II until she was torpedoed during the Aerial Battle of Taiwan-Okinawa and forced to return to the United States for repairs. After the war, Canberra was placed in reserve for conversion into the U.S. Navy’s second guided missile-carrying warship. Following the conversion, she was host to the ceremony for selecting the Unknown Soldier representing World War II in 1958, undertook an eight-month round-the-world cruise in 1960, participated in the Cuban Missile Crisis naval blockade in 1962, and was deployed to the Vietnam War on five occasions between 1965 and 1969. She was decommissioned in 1970.

“The delivery of the future USS Canberra to the Navy marks a significant milestone in the life of a ship,” said LCS Program Manager Capt. Andy Gold. “I look forward to celebrating the commissioning of Canberra and commemorating the heritage of her namesake forbearers after she departs from Austal and embarks upon her post-delivery test and trials period.”