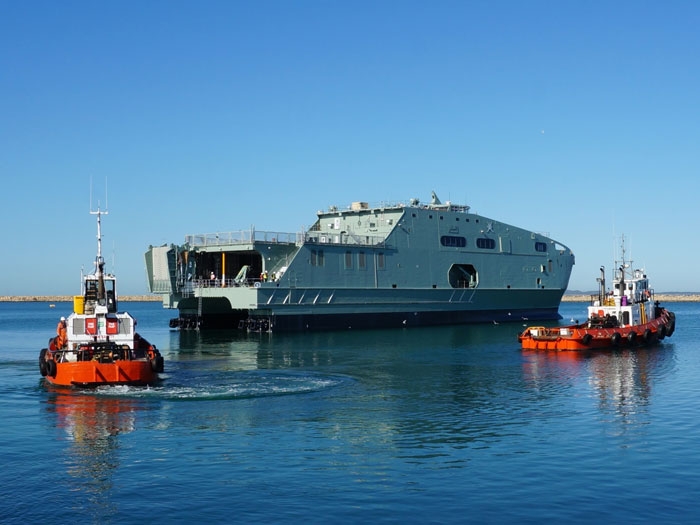 Hull 390 — the future RNOV Al Mubshir — entered the water on schedule after 13 months of construction and fit out.

Based on the proven Expeditionary Fast Transport (EPF) platform — previously known as the Joint High Speed Vessel (JHSV) — being built for the U.S. Navy at Austal's Mobile, AL, shipyard, the HSSV offers a range of capabilities to support naval operations, including helicopter operations, rapid deployment of military personnel and cargo, search and rescue operations, humanitarian aid and disaster relief missions.

The shipbuilder was awarded the US$124.9 million contract for the design, construction and integrated logistics support of the two Omani HSSVs in March 2014 and construction commenced in August 2014.

This first HSSV will now complete final fitout before sea trials, prior to delivery to the RNO early in 2016. The second HSSV is under construction and is on schedule for completion in mid 2016.

"Our track record here in Australia and overseas clearly supports Austal's strong proposition that we can effectively and efficiently deliver the Australian Government's Future Frigate and Offshore Patrol Vessel programs," he added.