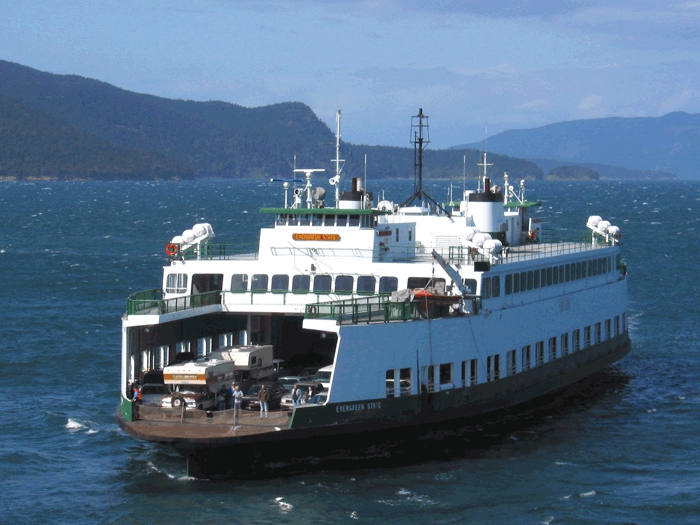 The new owners plan to use it for active ferry service in the protected waters of the southern Caribbean.

“The Evergreen State is a special ferry. It was the first vessel custom built for Washington State Ferries in 1954,” said Ferries Chief of Staff Elizabeth Kosa. “She served our customers well for six decades, but it is important that she is sold so we can free up dock space and focus maintenance on our current fleet.”

The 87-car Evergreen State features World War II surplus drive motors and carried tens of thousands of passengers and vehicles in the state. It was the first of the three Evergreen State class ferries and served on several routes including Seattle/Bainbridge and the San Juan Islands Interisland routes. WSF decommissioned the Evergreen State in 2016.

Plans are to move the Evergreen State from WSF’s Eagle Harbor Maintenance Facility on Bainbridge Island to a temporary Puget Sound moorage in March. The new owner will tow the vessel from the Pacific Northwest to Grenada, when the weather improves, likely in early summer.

The Evergreen State is one of two state ferries put up for sale in 2016 and purchased in 2017. The ferry Hiyu, was sold last month to a local business owner who intends to use the vessel as a floating entertainment venue on Lake Union.