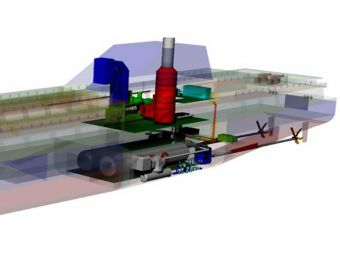 JANUARY 29, 2018 — South Korea’s plans to pioneer LPG as a marine fuel with a GE COmbined Gas turbine Electric and Steam System (COGES) powered car/passenger ferry are picking up pace. Classification society Bureau Veritas has now given the design Approval in Principle and the Korea LPG Association reports that a Memorandum of Understanding has been signed for what it says will be the world’s first LPG ship bunkering hub.

South Korea’s Ministry of Oceans and Fisheries has been conducting a study on LPG fueled ship’s feasibility and safety since November last year that will serve as a baseline for setting up rules and regulations for gas fueled ships,

The ferry will operate between Korean domestic ports and on Korea-China or Korea-Japan routes. The shipbuilding contract is expected to signed in the first quarter of this year and delivery of the vessel is expected before the end of next year.