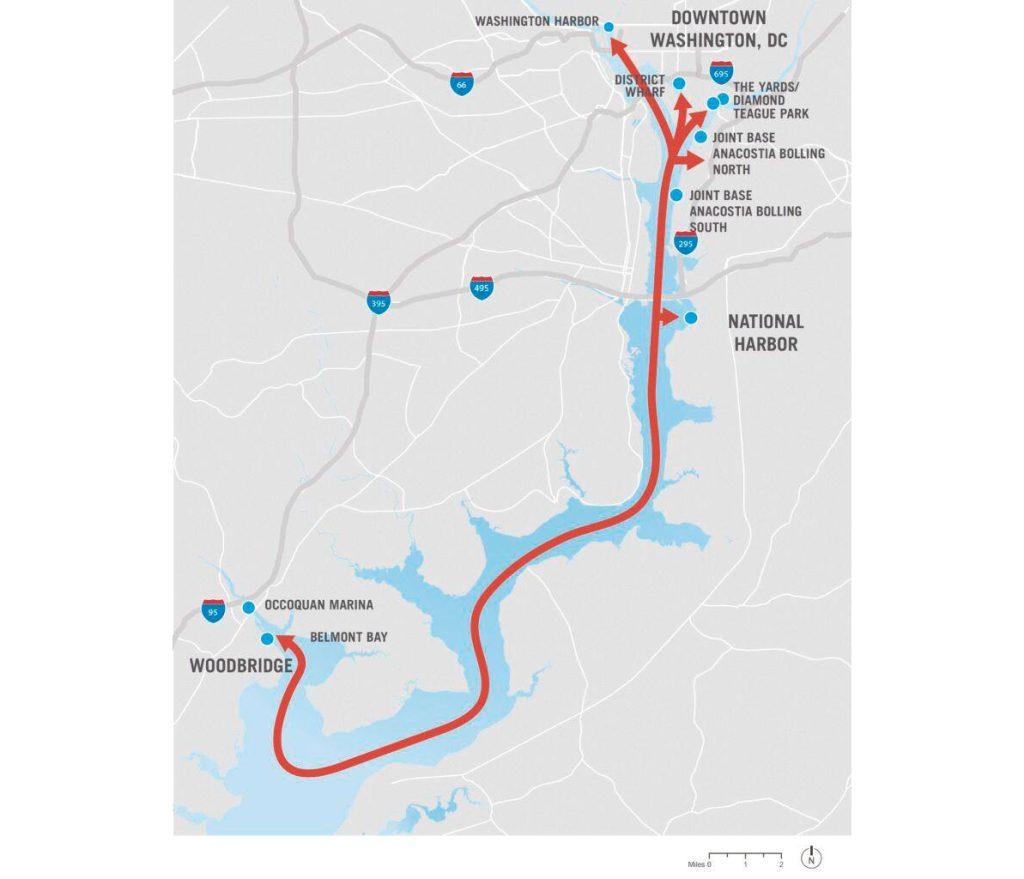 According to North Virginia news site InsideNova, a project to operate a commuter ferry between Woodbridge, Va., and Washington, D.C., is again under active consideration.

The Potomac Commuter Fast Ferry proposal has been in the works in some form or another since at least 2000.

Now the Northern Virginia Regional Commission (NVRC) is making another attempt to turn it into reality. On October 15, 2021, it issued a request for proposals from “qualified transportation firms having experience with ferry transport and operations, including business case analysis, to develop a business case that will serve as the foundation for private investment in a fast ferry passenger transit service that would be designed to serve commuters and tourists, and that may eventually also provide freight options to the waterfront communities along the Anacostia, Potomac, and Occoquan Rivers. It is envisioned that the business case also may help justify the further investment of public funds in the project. Origin and destination locations would be in Northern Virginia, Maryland, and the District of Columbia. For this project, the NVRC is working in conjunction with impacted stakeholders in Virginia, Maryland, and the District of Columbia.”

InsideNova reports that last month, the NVRC “reached an agreement with Nelson/Nygaard Consulting Associates to develop a business case analysis for the potential ferry service that could serve as justification for further funding of the project from private investors and the localities involved. The analysis is supposed to be completed by September; afterward the commission hopes to begin discussing funding sources and possible implementation of the project.”