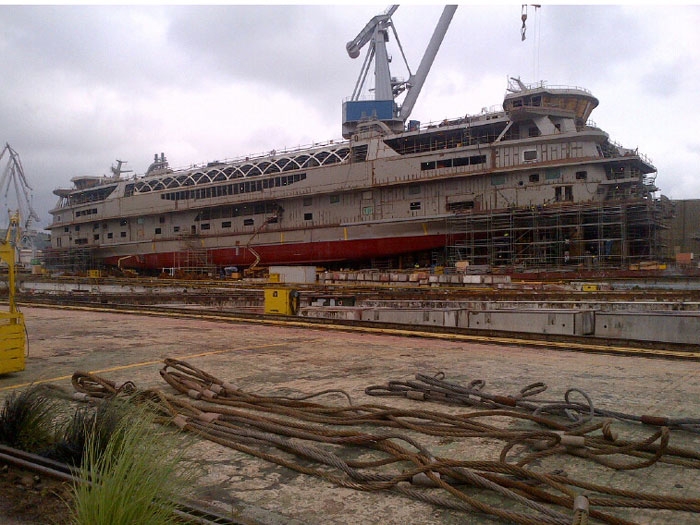 JULY 23, 2015 — Spain’s LaNaval Shipyard  (Construcciones Navales del Norte, S.L.) is next week set to launch what promises to be one of the world’s most environmentally ferries.

The 1,750-passenger, 350-vehicle, double ended ferry Texelstroom will operate between the Dutch island of Texel and Den Helder on the mainland for TESO (Koninklijke N.V. Texels Eigen Stoomboot Onderneming) which has been operating  the service since 1907.

“We are crossing the Wadden Sea, a UNESCO World Heritage Site, and we want to contribute to the conservation of this beautiful yet fragile area,” says TESO Director Cees de Waal.

According to LR, which is classing the vessel, Texelstroom is unique in that she will combine the use of several different energy sources to provide reliable, efficient power and vastly reduce environmental impact in comparison with existing ferry technology.

The ferry will have two completely independent engine rooms, each of which can provide enough power to be able to continue the normal service of the ferry at least up until wind force Beaufort  9.

Two Rolls Royce azimuth propellers will be installed at each end of the ship, to achieve a speed of 10 knots (economic) and 15 knots (maximum).

After launch on July 30, the vessel will be delivered to TESO by the shipbuilder at the end of 2015, before four months of final commissioning and training before entering service in the spring of 2016.